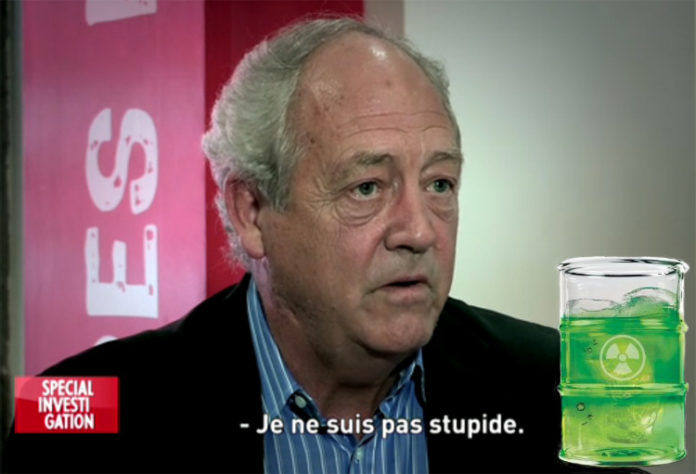 “You can drink a whole quart of it and it won’t hurt you,” he insisted and then freaked out and stormed out of the interview when the Canal+ journalist offered him a glass. “I’m not stupid. I’m not an idiot,” Moore said before abruptly ending the interview and calling the host a “complete jerk”. Dr. Patrick Moore, the “ecological expert” and the front-man for Ecosense Environmental, sat down with French television station Canal+ to discuss golden rice. He told the journalist interviewing him that Monsanto’s weed killer, Roundup, was not responsible for the skyrocketing cancer rates in Argentina. Moore claimed that it was safe to drink a quart of Roundup pesticide, but refused to try even a sip while on the set.

In March, the World Health Organization’s International Agency for Research on Cancer released a report which found that glyphosate was “probably carcinogenic to humans”, responsible for increased risks for non-Hodgkin lymphoma. After the study’s publication, Monsanto has been scrambling to get the WHO to retract its report.