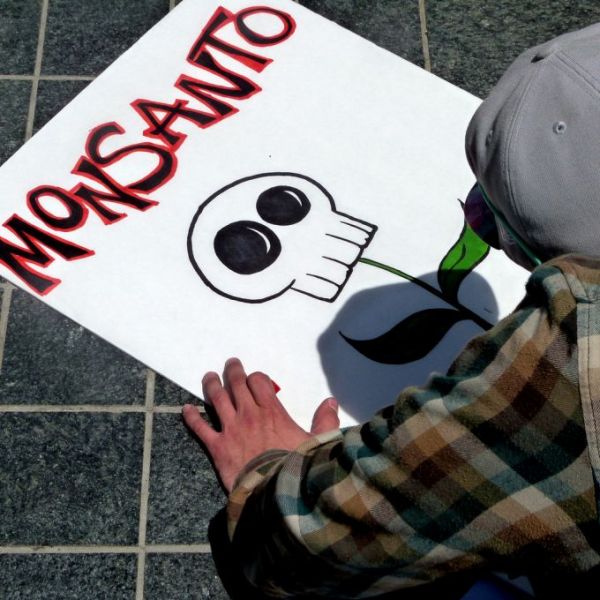 Monsanto, the most hated bio-tech company of the 20th and 21st centuries gave us terms “ecocide” and glyphosate to consider. Albeit that Monsanto are reportedly facing their day in The Hague’s International Criminal Court (ICC) in October this year**, the company is also responsible for other agents less talked about.

Thanks to GMO Awareness, a list of 12 harmful, but common Monsanto products have raised further awareness. The truth behind Monsanto’s long history and crimes against humanity is only starting to pique.

Saccharin produced for coca-cola, polystyrene, through to the deadly DDT and Dioxin are but a few found on the list. Well known war-chemical Agent Orange, responsible for over half a million birth defects and similar numbers in death, is listed. The familiar RoundUp of course, is there, as is Aspartame, an artificial sweetener known for its cancer causing agents. The list is worthy of a glance, only for your own health’s sake. Anyone curious about history also has an excuse, as the Manhattan Project is but one assignment Monsanto was partnered in, playing a key role in nuclear weaponry development. Much like its part in developing White Phosphorus – used in attacks against Palestinians in Gaza 2008 and 2009, Monsanto cannot resist a good war.

“Monsanto’s Dirty Dozen” is well worth the read for anyone wanting to arm themselves against GMOs, artificial foods, cancer causing agents as well as the history and research to back it.

**Heated arguments and contention have formed around the ‘pending’ ICC dates in October, 2016. Mainstream have not reported on the matter, other than Forbes. On this matter, until further investigations are conducted, it is up to you to determine the context of this particular situation. From what is available at the ICC and on Monsanto’s official website, no mention of a trial is scheduled. Further links: Monsanto Tribunal, ICC, Monsanto.com, Forbes.

This article (Monsanto’s Lesser Known Evils) is a free and open source. You have permission to republish this article under a Creative Commons license with attribution to the author AnonWatcher and AnonHQ.com.