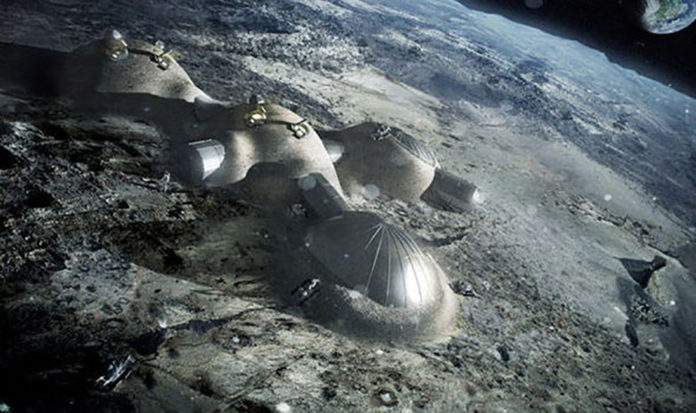 The UAE aren’t the only ones planning to colonize space. China has announced an ambitious project that may see tourists visit the Moon – and possibly in our lifetimes.

China announced intentions to team up with the European Space Agency (ESA) to start construction of a village on the Moon as early as the mid-2020s.

Robots will first be sent to the Moon to start construction within the next 10 to 15 years, with plans already in progress. The China National Space Administration (CNSA) has confirmed that they are “discussing cooperation” with their ESA peers on the best ways to build a village on the Moon, according to the CNSA secretary-general Tian Yulong. Professor Jiao Weixin, of the School of Earth and Space Sciences in Peking University, said an affordable tourist city is not unforeseeable for the Moon; and that the village will inevitably turn into a city for the international community to visit. The program, and China’s participation will demonstrate China as a world player to benefit all.

China’s first probe will land on the Moon in 2018. Chang’e-5 lunar probe will return to Earth this year with a sample of Moon rocks. Other key projects include a manned space programme by 2020.

Pal Hvistendahl, a spokesperson for the ESA confirmed China’s announcement. “The Chinese have a very ambitious Moon program already in place.

“Space has changed since the space race of the ’60s,” Hvistendahl said. “We recognise that to explore space for peaceful purposes, we do international cooperation.”

“Okay, there is nothing on the Moon visible [yet], but there will be something visible very soon, because several of these entities are planning to go to the Moon rather soon.”

What’s better, Wörner said, is that unlike the International Space Station, which is “restricted to the club” the “Moon village idea is an open idea, free and open access.” It’s a global concept.

Headquartered in Paris, the ESA has a €5.31 billion budget and has 22 member states on board, with over 2,000 employees.


This article (Moon Village Construction to Start in 2020s, a Global Effort [Video]) is a free and open source. You have permission to republish this article under a Creative Commons license with attribution to the author AnonWatcher and AnonHQ.com.