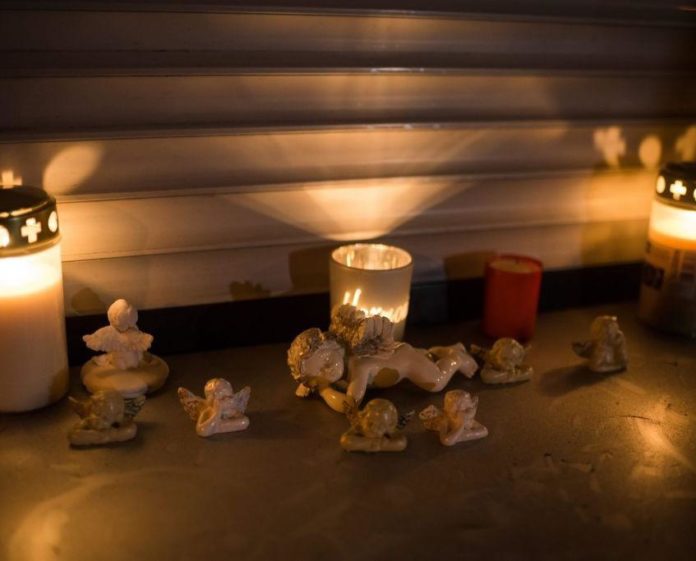 A 45 year-old German mother from Bavarian Village of Wallenfels has allegedly admitted to killing eight of her babies. The eight bodies were found wrapped in towels and thrown into plastic bags.

The first dead infant was discovered by a local woman last Thursday who quickly reported the find to the police. As a result, police searched the German mother’s apartment. The other seven babies where found throughout the apartment also wrapped in towels and stuffed into bags.

It is still unclear on how the babies died, and it seems as though they passed long before they were discovered. The mother (who is still unnamed) has admitted to killing her offspring, but up until now she has not said why or how.

police spokeswoman, Anne Hofer, told Sky News that “The babies have been found within the apartment. They had been covered in blankets and were packed in plastic bags.”

“That’s how the dead bodies have been found one after another,” she added.

The mother has now been detained on the suspicion of seven counts of murder. The father of the eight children is sill unknown.

A 55-year-old man who was apparently living with her at the time has been released with no charges. Surprising.

According to a German daily news paper, Bild, the mother has countlessly tried to hide her pregnancies in the past.

The mayor of Wellenfels announced that “Wallenfels is a small community where the people know each other and help each other.”

“Of course many people ask themselves now: Could this have been prevented? Could we have helped?”

This Article (Mother Kills Her 8 Babies, Wraps Them In Towels And Throws Them In Bags) is free and open source. You have permission to republish this article under a Creative Commons license with attribution to the author(FLU5CH) and AnonHQ.com.