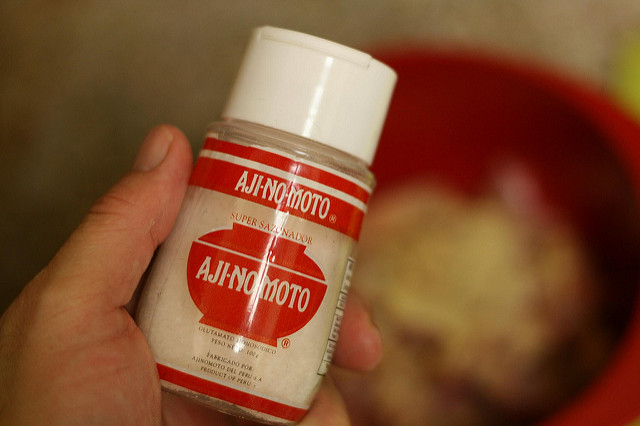 At some point or another, we have all heard about MSG (Monosodium Glutamate) and the dangers its poses to our health. However, is MSG as bad as it’s made out to be? And if so, why is this commonly used ingredient so damaging to our health?

MSG is used in food because food companies found that it increases the flavor and aroma, enhancing acceptability of commercial food products. Although it is commonly believed that MSG is only contained in Chinese foods—monosodium glutamate is a seasoning often used in Chinese restaurants—they can actually be found in almost every type of processed food. From the can of soup in your kitchen cupboard to the frozen chips in the freezer, MSG is a key ingredient.

Monosodium glutamate is the sodium salt of glutamic acid. MSG, which is the most stable salt formed from glutamic acid, was discovered by University of Tokyo chemistry professor Kikunae Ikeda discovered in 1908 during his search for the ‘Umami’—which translates into ‘savory’—taste.

To make his new ‘seasoning,’ Ikeda isolated the Glutamate—the primary ingredient in MSG—from dried kombu seaweed (kelp). Kombu seaweed is an ingredient that is commonly used in Japanese cuisine. When combined with sodium—one of the two elements in table salt—the glutamate becomes stabilized (powdered form) and can be added to food.

Glutamate is a common amino acid that occurs naturally in a large range of foods and is so vital to our functioning that our own bodies produce 40 grams of it a day. In fact, even human breast milk contains large amounts of the protein (about 10 times the levels present in cow’s milk).

In 1968, 60-years after Ikeda had discovered and mass produced his MSG-based seasoning—which he had named Ajinomoto (‘essence of taste’)—Dr Ho Man Kwok wrote an article for the New England Journal of Medicine explaining the strange symptoms he had after eating at a Chinese restaurant. From there, Chinese restaurant syndrome (CRS) was born and MSG became scrutinized by both consumers and those in the scientific community.

In 1969, Washington University researcher Dr John W. Olney injected and force-fed newborn mice with huge doses of up to four grams/kg bodyweight of MSG. Olney reported that the mice had suffered brain lesions and were stunted, obese, and in some cases, sterile when fully grown. Olney then went on to repeat his study on infant rhesus monkeys and noted the same results.

Dr. Blaylock, author of Excitotoxins: The Taste That Kills, explains:

“MSG enters the brain past the blood-brain barrier and triggers neurons to open their calcium channel. The glutamate causes the cell to remain stuck in the open position then calcium floods into the cell in large amounts. This triggers the cell to react in emergency mode and starts its special pump that will start pumping out the excess calcium using up large amounts of energy (ATP).

The cell then swells up with excess calcium and eventually the cell is depleted of energy and dies within a few hours. The pump couldn’t pump out the excess calcium fast enough. It’s like trying to bail water out of a boat with a large hole in the bottom. You use up a ton of energy and eventually the boat is filled and sinks. The cell shrivels up and the body’s defense mechanism sweeps away the dead cell debris.”

However, since Olney’s study, 19 other studies on monkeys by other researchers did not show the same, or even similar results. It is now known that baby mice are particularly sensitive to the effects of MSG, which clearly explains Olney’s results.

In fact, human testing suggested that MSG has no adverse effects. One study, which had observed 71 healthy individuals that were treated with increasing doses of MSG or placebo in capsule form, “found that the so-called Chinese Restaurant Syndrome symptoms occurred at roughly the same rate, regardless of whether subjects were given the MSG or the placebo, and even after the participants were swapped over to the alternative option,” reports the BBC.

But what about people who describe themselves as reactive to MSG?

In 1995, the US Food and Drug Administration (FDA) commissioned the Federation of American Societies for Experimental Biology with evaluating all available evidence to decide if MSG was as harmful as believed. Although they concluded that there was enough scientific evidence to suggest that a subgroup of healthy individuals who respond badly to large does of MSG existed, a number of similar studies have cast doubt on the validity of self-described MSG sensitivity.

In fact, every concerned public body that has investigated MSG—including the EU, the United Nations food agencies and every government across the world that has a food licensing and testing system—has ruled that MSG is safe to consume.

Although you may not trust the word of your government or public body—a totally justified judgment considering the amount of lies they have told, and secrets they have withheld—scientific evidence combined with the fact that we consume a large amount of glutamate on a daily basis, suggests that MSG may not be as harmful as previously believed.

Take a look at the following list, obtained from the Guardian, to see how much MSG and glutamate is in your food.

Some of the names MSG goes under

This article (MSG: Cancer Causing Ingredient or Harmless Seasoning?) is a free and open source. You have permission to republish this article under a Creative Commons license with attribution to the author and AnonHQ.com.