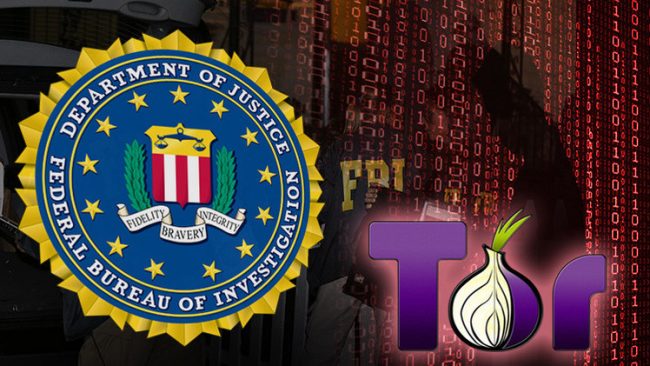 An investigation by DailyDot has revealed that the development of malware software known as Torsploit, utilized by law enforcement agencies such as the FBI, was created by one of the founders of the Tor Project itself. In a statement released to the DailyDot, the Tor Project announced: “It has come to our attention that Matt Edman, who worked with the Tor Project until 2009, subsequently was employed by a defense contractor working for the FBI to develop anti-Tor malware.”

As the report indicates, following his graduation from Baylor University in 2008, Mr. Edman went to work developing privacy tools in conjunction with the Tor Project. It was said that Edman worked primarily with Vidalia software, which the Tor Project officially dropped in 2013. According to Tor developers, “Vidalia was the only Tor software to which Edman was able to commit changes.” However, by this time, Edman had already left Tor and began working at Mitre Corporation as a senior cyber-security engineer assigned to the FBI’s Remote Operations Unit – essentially the FBI’s elite hacking unit.

According to Softpedia, the Torsploit exploit works by installing malware inside Flash Player. Basically, if you are on the Tor browser and use Flash Player on a particular web site—for example, a web site the FBI has infiltrated—when you stream a video, the malware enters your computer. Once inside, the malware takes a snap shot of the computer’s real IP address, records it and sends it directly to the FBI along with a dated time stamp.

The FBI claims to no longer use the Torsploit as it has been replaced by a newer, more effective Network Interface Technique (NIT), which the FBI also paid over 1 million dollars to develop. In fact, when asked in court to hand over the Torsploit source code, the FBI claimed they had lost it – and actually got away with saying that.

As author Patrick Howard O’Neal points out, the Tor project is largely funded by the United States government, which is odd considering government officials have also spent millions of dollars trying to destroy it. In fact, 60% of all Tor Project funding comes from the US government, 40% of which comes directly from the US Department of Defense. ACLU representative Chris Soghoian considers this to be ironic, and goes on to point out: “This is the U.S. government that’s hacking itself, at the end of the day. One arm of the U.S. government is funding this thing, the other is tasked with hacking it.”

A study released earlier this year revealed that nearly 68% of the Dark Net contains illegal material. All of this illegal content is almost exclusively accessed through the Tor browser, which bounces the user’s IP address across several proxies, masking the user’s true identity. This is how the Tor Project provides anonymity to its users while they are browsing through the deeper recesses of the internet. This is also the reason why the Tor Project has remained a thorn in the side of law enforcement, and why the FBI spends millions trying to break it.

This article (FBI – If You Can’t Beat Them, Hire Them. How The FBI Learned To Exploit Tor) is free and open source. You have permission to republish this article using a creative commons license with attribution to the author and AnonHQ. Join the conversations at www.anonboards.com