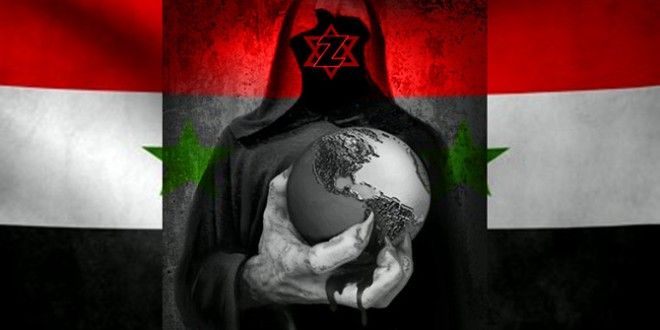 An American-based oil and gas company will soon be drilling in Syrian territory that has been illegally occupied by Israel since 1967 – the Golan Heights. The company, Genie Energy, has major investors including Rupert Murdoch, Dick Cheney, Lord Jacob Rothschild, ex-ambassador for the UN Bill Richardson, and former CIA director James Woolsey to support the clear violation of international law – Annex to the Fourth Geneva Convention. The president of their subsidiary is a man notorious for his hate against Arabs in Israel, Israeli military commander Efraim Eitam. The Annex to the Convention clearly states that the likes of an “occupying State” must “safeguard the capital of [the properties] situated in occupied country.”

In 2015 the presence of oil and natural gas reserves were discovered after Israeli authorities granted the subsidiary Afek Oil and Gas to explore the Golan Heights region. The discovery in August 2015 has been reported as large enough to make Israel energy self-sufficient.

Calls for Golan Heights to be recognized as Israeli territory have been touted by Naftali Bennett, an Israeli politician, calling for a further expansion of Jewish settlers into the region. He asks for the legitimization of the captured area from Syria during the Six-Day War in 1967. The subsidiary, Afek Oil and Gas already refers to their new field as “northern Israel.” According to Rupert Murdoch, his involvement with Genie Energy is about democratic proceedings and a healthier world. “Covering and distributing news has been my life’s work,” he says. “If Genie’s effort to develop shale oil is successful, as I believe it will be, then the news we’ll report in the coming decades will reflect a more prosperous, more democratic, and more secure world.”

Rothschild agreed, adding “Genie Energy is making good technological progress to tap the world’s substantial oil shale deposits which could transform the future prospects of Israel, the Middle East and our allies around the world.”

This Article (Murdoch and Rothschild violate International Law for Oil in Syria) is a free and open source. You have permission to republish this article under a Creative Commons license with attribution to the author AnonWatcher and AnonHQ.com.