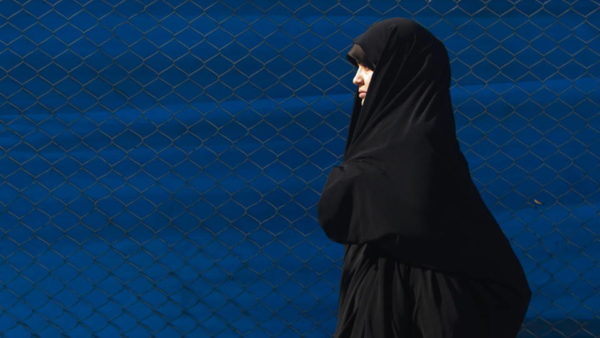 The media thought their silence could cover-up the incident. But it could not. We would report it. And we are reporting it now. Islamophobia is spreading in Western countries, especially in the United States.

In fact, since the Grand Old Party nominee, Donald Trump made the disparaging comments that Muslims should be banned from entering the United States, hate crimes against Muslims have surged in the country. On September 10 2016, few days before the celebration of Eid al-Adha, one of the holiest days for Muslims, a Muslim tourist from Scotland had her religious clothe set on fire by an unidentified man in New York City, United States.

According to the account of the story narrated by the New York Police Department (NYPD), the woman was window-shopping on Fifth Avenue near East 54th Street in Manhattan, while wearing her Islamic traditional religious attire known as abaya and hijab. The abaya covers the whole of the body, except the face. The Hijab cover the head.

All of a sudden, the woman started feeling heat on her body. When she turned to inspect her attire, lo and behold, it was on fire. She then saw a man standing next to her with a lighter in his hand. Before she could open her mouth, the man absconded without traces. The woman was reportedly helped by people around to put out the fire. Sympathizers helped her get emergence service. Luckily enough for her, she was not hurt. She was examined and confirmed healthy. The woman declined to speak to people who were ready to put her on social media, saying her only focus and concern were that the attacker is caught and prosecuted.

Three day after the incident, the NYPD released a footage showing the man who committed the heinous crime. He was marked as a wanted man by the police.

When the incident went viral on both social and local media outlets, the New York chapter of the Council on American-Islamic Relations (CAIR) released a statement , calling on city officials to address attacks against Muslims across the city and the nation as a whole.

The Executive Director of CAIR-NY, Afaf Nasher wrote in the statement: “We are clearly seeing a spike in attacks on individual Muslims and Islamic institutions in New York and around the country, which should be of concern to all Americans. It is time for the mayor and the NYPD to put forward the necessary resources to investigate and prevent these attacks on the Muslim community.”

Co-founder of the Muslim Democratic Club of New York, Linda Sarsour also said in a statement: “As a Muslim woman, not only is wearing my religious headscarf in public an act of faith, but it has become an act of courage”.

Few days before this incident, two Muslim women were reportedly attacked while walking with their children on a Brooklyn sidewalk in New York City. The attacker, identified as Emirjeta Xhelili is said to have punched one of the woman and attempted to remove her hijab while shouting, “get the f–k out of America. You don’t belong here.”  However, Xhelili was captured by the police. He has since been charged with two counts of felony assault as a hate crime, and two counts of acting in a manner injurious to a child.

In the city of Orlando, Florida, police are also investigating a possible hate crime, where a mosque was set on fire. The mosque set on fire is said to be previously attended by the alleged Pulse Nightclub shooter, Omar Mateen. In all these incidents of hate crimes against the Muslim community in the United States, the country’s so-called big media outlets have deliberately refused to report them. Some of these stories were reported by local media outlets, as well as by social media audience who have taken it upon themselves to fight injustices in the society.

According to observers, what is currently happening in the United States is what terrorist organizations such as the so-called Islamic State of Iraq and Syria want. The terrorists’ main goal is to stir reprisal attacks against Muslims in the West, in order to convince them [Western Muslims] that the West hates Islam.

This Article (A Muslim Woman Wearing Hijab Set on Fire in New York City, Media Silent) is free and open source. You have permission to republish this article under a Creative Commons license with attribution to the author and AnonHQ.com