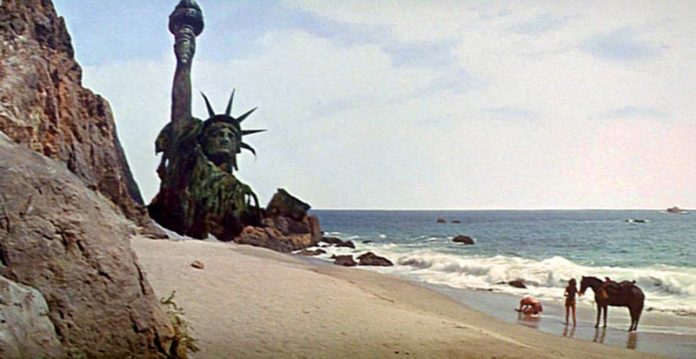 As any long-time reader of this column knows, we routinely draw from historical lessons to highlight that this time is not different.

Throughout the 18th century, for example, France was the greatest superpower in Europe, if not the world.

But they became complacent, believing that they had some sort of ‘divine right’ to reign supreme, and that they could be as fiscally irresponsible as they liked.

They held vast territories overseas, engaged in constant warfare, and even had their own intrusive intelligence service that spied on King and subject alike.

Of course, they couldn’t pay for any of this.

French budget deficits were out of control, and they resorted to going heavily into debt and rapidly debasing their currency.

Stop me when this sounds familiar.

The French economy ultimately failed, bringing with it a 26-year period of hyperinflation, civil war, military conquest, and genocide.

History is full of examples, from ancient Mesopotamia to the Soviet Union, which show that whenever societies reach unsustainable levels of resource consumption and allocation, they collapse.

I’ve been writing about this for years, and the idea is now hitting mainstream.

A recent research paper funded by NASA highlights this same premise. According to the authors:

“Collapses of even advanced civilizations have occurred many times in the past five thousand years, and they were frequently followed by centuries of population and cultural decline and economic regression.”

The results of their experiments show that some of the very clear trends which exist today– unsustainable resource consumption, and economic stratification that favors the elite– can very easily result in collapse.

In fact, they write that “collapse is very difficult to avoid and requires major policy changes.”

And history certainly shows that dominant powers are always changing.

But there is one FAR greater trend across history that supercedes all of the rest… and that trend is the RISE of humanity.

Human beings are fundamentally tool creators. We take problems and turn them into opportunities. We find solutions. We adapt and overcome.

The world is not coming to an end. It’s going to reset. There’s a huge difference between the two.

Think about the system that we’re living under.

A tiny elite has total control of the money supply. They wield intrusive spy networks and weapons of mass destruction. The can confiscate the wealth of others in their sole discretion. They can indebt unborn generations.

Curiously, these are the same people who are so incompetent they can’t put a website together.

It’s not working. And just about everyone knows it.

We’re taught growing up that ‘We the People’ have the power to affect radical change in the voting booth. But this is another fairy tale.

Voting only changes the players. It doesn’t change the game.

Technology is one major game changer. The technology exists today to completely revolutionize the way we live and govern ourselves.

Today’s system is just a 19th century model applied to a 21st century society. I mean– a room full of men making decisions about how much money to print? It’s so antiquated it’s almost comical.

But given that the majority of Western governments borrow money just to pay interest on money they’ve already borrowed, it’s obvious the current game is almost finished.

When it ends, there will be a reset… potentially a tumultuous one.

After all, why bother working so hard if everything you’ve ever achieved or provided for your children is tied up in a country with dismal fundamentals?

If you agree with me, then feel free to share this article with your friends below so they also can get a plan B in place. They’ll be glad they did.