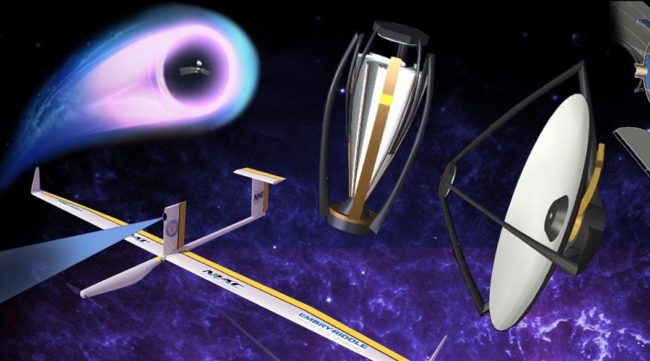 NASA will soon attempt to bring technology that once only existed in sci-fi movies to life, as the agency announced plans this Friday to fund eight new initiatives. Some of the technology, which includes cryogenic freezing, is truly out of this world – pun intended.

The selected concepts come from a larger group of programs within Phase I of the NASA Innovative Advanced Concepts (NIAC) Program, and have now been selected to advance to Phase II. Phase I tests projects for “initial feasibility and benefit.” Under Phase II, each individual program will receive $500,000 in additional funding over the next two years. This money will “allow proposers to further develop concepts funded by NASA for Phase I studies that successfully demonstrated initial feasibility and benefit.“ According to NASA, it may take as much as ten years before any of the programs come to fruition and become mission ready.

The NAIC claims itself to be an initiative which “nurtures visionary ideas that could transform future NASA missions with the creation of breakthroughs — radically better or entirely new aerospace concepts — while engaging America’s innovators and entrepreneurs as partners in the journey.” The NIAC says they specifically looks for  “diverse and non-traditional sources” to get fresh ideas in order to change the limits of what will be considered possible in the near future.

Each program selected for Phase II has been individually studied and scrutinized in a peer review process, conducted by some of NASA’s top scientists. The specific goals of the objective are to develop aerospace systems and deep space exploration technologies.

Here Are The 8 Programs Selected

The funding for these projects will come from NASA’s Space Technology Mission Directorate (STMD), the branch of the agency that develops and tests initiatives for viability in future missions. The directorate aims to prove “that early investment and partnership with scientists, engineers and citizen inventors from across the nation can provide technological dividends and help maintain America’s leadership in the new global technology economy.” As Jason Derleth, the NIAC program executive at NASA Headquarters in Washington put it, they are attempting “change the possible.”

This article (NASA Releases New List of Developmental Programs – Turning Science Fiction into Reality) is free and open source. You have permission to republish this article using a creative commons license with attribution to the author and AnonHQ.   Join the conversations at www.anonboards.com