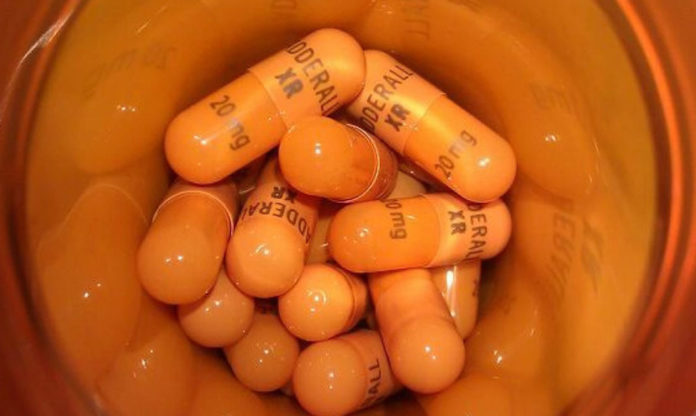 (Awareness Act) The cannabis industry has recently come under fire recently for edible that might appeal to children, despite the fact that the edible treats are sold in dispensaries and only to adults with proper ID. But now the FDA just approved a candy-flavored amphetamine, Adzenys, that is much more dangerous for children that the cannabis treats yet it is being marketed towards them.

Recent government statistics show that 75% of children diagnosed with ADHD are being treated with amphetamine-based drugs. That figure alone Is astonishingly high, now render those drugs into a sweet, easy-to-eat candy and you have to wonder how prescription and overdose rates might change.
Even with a lower dose, amphetamines can induce the following overdose effects:

And in rare instances, amphetamines can induce convulsions, coma, and death. The list of short and long-term side effects is even longer.

The Dallas-based company behind the drug, Neos Therapeutics, has 125 sales representatives across the United States, and they are having “no problem” getting appointments with doctors interested in prescribing this new formulation.

There is absolutely no doubt that the drug is going to hit the market with vigor, but what will be the consequences?

The following video shows how it is being marketed as safe for children:

An article written by Neuroscientist Dr. Carl L. Hart, a professor of psychiatry at Columbia University explains it the best:

In the interest of full disclosure, I too once believed that methamphetamine was far more dangerous than d-amphetamine, despite the fact that the chemical structure of the two drugs is nearly identical. In the late 1990s, when I was a PhD student, I was told—and I fully believed—that the addition of the methyl group to methamphetamine made it more lipid-soluble (translation: able to enter the brain more rapidly) and therefore more addictive than d-amphetamine.”

If you don’t want to read the column, Hart compares the effects of Adderall to the effects of meth. But he also paints a picture of a bias towards meth. The point? Adderall is dangerous, not only chemically, but also with its cunning acceptance in mainstream society. People see methamphetamine as dangerous, but they accept Adderall and d-amphetamine as if it were perfectly normal. You cannot condemn one drug and take the other, that is not how it works.

“Swayed by this messaging, the public remains almost entirely ignorant of the fact that methamphetamine produces nearly identical effects to those produced by the popular ADHD medication d-amphetamine (dextroamphetamine). You probably know it as Adderall®: a combination of amphetamine and d-amphetamine mixed salts.”