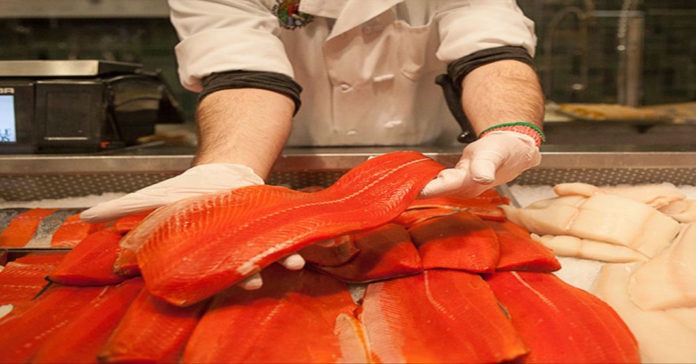 (Awareness Act) To me there are few things better than beautiful fresh, fish! That is unless it is loaded down with antidepressants and cocaine…

Disturbing research has indicated that young salmon found in Puget, sound tested positive for more than 80 different drugs, including cocaine, antidepressants and dozens of medications like Valium, Darvon, Oxycontin, etc.
Jim Meador, an environmental toxicologist at the National Oceanic and Atmospheric Administration and a lead author of the study of the contaminants found in the Puget, told the Seattle Times, “We analyzed samples for 150 compounds and we had 61% of them detected in the effluent. So we know these are going into the estuaries.”

The presence of these drugs in the water appears to be related to the inability of the wastewater plants to fully remove these chemicals during treatment. But high fecal coliform counts in some areas of the Sound suggest that leaky septic tanks may also be contributing to the problem.

“Treatment plants in King County are effective in removing some drugs in wastewater, but many drugs are recalcitrant and remain. Seizure drugs, for instance, are very hard to remove, and ibuprofen levels are knocked down — but not out — during treatment, said Betsy Cooper, permit administrator for the county’s Wastewater Treatment Division.”

Unfortunately, the contamination levels will not likely let up; according to one study, 97,000 pounds of drugs and chemicals could be entering the Puget Sound each year.