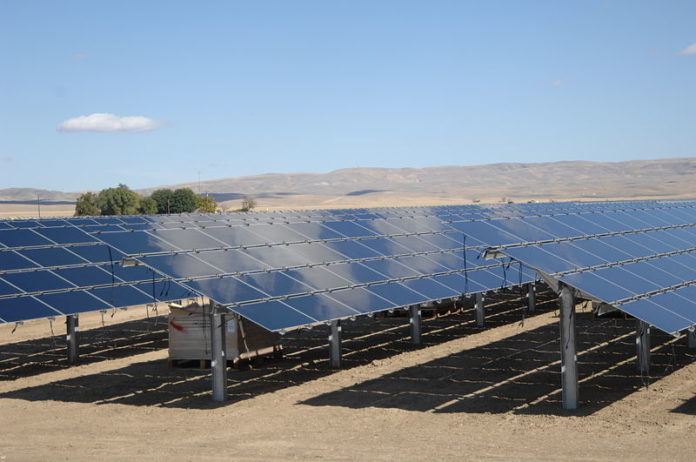 The Nevada Public Utilities Commission (PUC) have unanimously voted to increase a monthly fee on solar customers by 40 % while also reducing the amount they get paid for excess power sold to the grid to make matters worse, they have also made the rate changes retroactive, essentially destroying consumer investments in solar energy.

This decision not only serves to protect the profits of Nevada’s public utility company, NV Energy, it is likely the move will destroy the solar industry in the state and will discourage people from detaching themselves from the grid by harnessing their own energy from the sun.

“It will destroy the rooftop solar industry in one of the states with the most sunshine…There is so much wrong with the decision,” said SolarCity CEO Lydon Rive. “The one beneficiary of this decision would be NV Energy, whose monopoly will have been protected.”

Since the vote was cast, many workers in the renewable energy sector have felt unsecure in their job. So far, two major solar companies, Solar City and Sunrun, have left the state, resulting in upwards of a thousand jobs being cut.

Unfortunately, the solar companies and workers are not the only victims of this decision, Nevada resident that have financially committed to becoming a solar household are also suffering the implications of the rate change. In the Las Vegas Sun, a Nevada resident explained that before the rate change, the system would have paid for itself in 14 years, however, this is not longer the case.

“With the new pricing for [net metering] customers, the value or price of the energy they produce will be vastly reduced. In addition, the flat service charge for NEM customers will rise to three times that charged to nonsolar residential customers, a kind of penalty for producing much of our own electricity. The people with solar on their homes feel cheated; solar businesses are closing or leaving.”
NV Energy, owned by Warren Buffett’s Berkshire Hathaway, was able to get Sen. Patricia Farley to draft the amendment that shifted the state’s net metering over to the PUC. In the past, the company has openly admitted that renewable energy is significantly cutting into their profits.

However, it appears residential solar customers are not the only threat to NV Energy’s profits.

“A consortium of casinos and businesses is looking to leave NV Energy’s grid and start generating their own power, saying they’re being placed at a competitive disadvantage because they’re paying more for energy than their business rivals in nearby states. The state Public Utilities Commission has said it would charge hefty fees — $27 million in the case of Las Vegas data center Switch — to let industrial ratepayers leave the system.”

Despite the devastating effects of this latest move by government officials, many recognise that it is actually a part of a much larger struggle between the fossil fuel industry and the renewable energy industry. The American Energy Alliance, a fossil fuel advocacy organization backed by the infamous Koch brothers, have applauded the Nevada decision and are pushing for similar moves in other states.

With this in mind, one must wonder why the government is willing to neutralize the “off-grid” movement and protect their favorite utilities. Renewable energy  presents us with the opportunity to free ourselves from an energy structure ruled by corporations; significantly reduces the amount of carbon emissions that are released into the atmosphere, and is the only way to achieve the clean energy future our planet aims for.

This Article (40% Tax Hike Kills Solar Industry In Nevada ) is free and open source. You have permission to republish this article under a Creative Commons license with attribution to the author and AnonHQ.com.