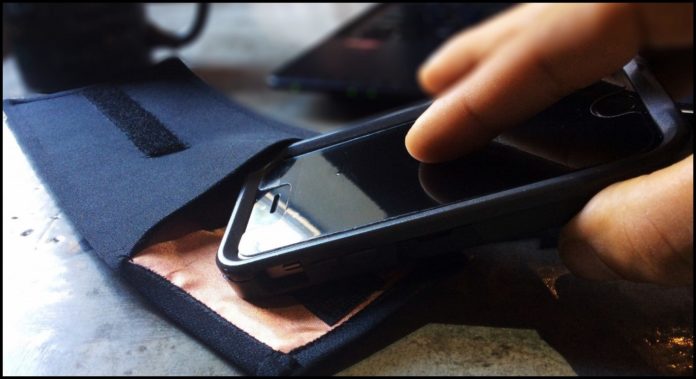 According to the ACLU, there are currently 66 police agencies in 24 states that have the ability to capture your cell phone communications by pretending to be a cell tower, with a device otherwise known as the stingray.

Stingrays have been controversial for years. There is still no clear ruling from the courts to determine the legality of their use. In March, the Maryland Court of special appeals issued a legal opinion in regards to the warrantless use of stingrays by local police. The court ruled unequivocally that police use of the stingray is a violation of fourth amendment protections, if used without a warrant.

The court sent a clear message to law enforcement; let’s hope that it is heard. This case will inevitably end up at the state or federal Supreme Court so celebration might be premature. While the police and the courts go back and forth on the issue, it would for now seem up to us to protect ourselves from the spying eyes of the police state. Maryland is the latest in a string of states who have already outlawed the use of stingrays without a warrant. Cases like this involving the fourth amendment are typically strong enough to set caselaw on their own. The fact that the police backed by the state attorneys continue to push the limits of the Constitution, is no surprise. What is surprising is that the federal government has yet to step in and put an end to this blatantly unconstitutional behavior by local law enforcement.

“The court’s opinion is a resounding defense of Fourth Amendment rights in the digital age,” wrote ACLU attorney Nathan Wessler. “The court’s withering rebuke of secret and warrantless use of invasive cell phone tracking technology shows why it is so important for these kinds of privacy invasions to be subjected to judicial review. Other courts will be able to look to this opinion as they address rampant use of cell site simulators by police departments across the country.” In the meantime, the public needs to find ways to protect themselves while police departments continue to push the limits of the law.

There are ways that you can protect your cell phone data from anyone trying to gain access. Tunnel is a copper lined cell phone pouch designed to block EMF frequencies and prevent the stingray from grabbing your phone’s information. Silent Pocket is another product promising to protect you from spying eyes. The Silent Pocket offers a wide variety of EMF frequency blocking products from cell phone cases, wallets and briefcases. The law enforcement communities, as well as the intelligence communities, have been using copper shielding to avoid being spied on. The use of copper shielded cases, like tunnel, will protect you from the same kind of spying that the feds are worried about.

As more and more people are becoming aware that their data isn’t as secure as they had believed, they are looking for ways to shield themselves from those looking to steal from – or even worse – arrest them. More and more courts are onto the police and their usurping of the law by using stingrays. While they are aware and taking action, it will be a long time before the use of stingrays is outlawed everywhere. In the meantime, you must protect yourself. Now the market is finally starting to catch up with the demand.

This article (New Products Help Protect You from Unlawful Cell Phone Spying) is a free and open source. You have permission to republish this article under a Creative Commons license with attribution to the author Alek Hidell and AnonHQ.com.