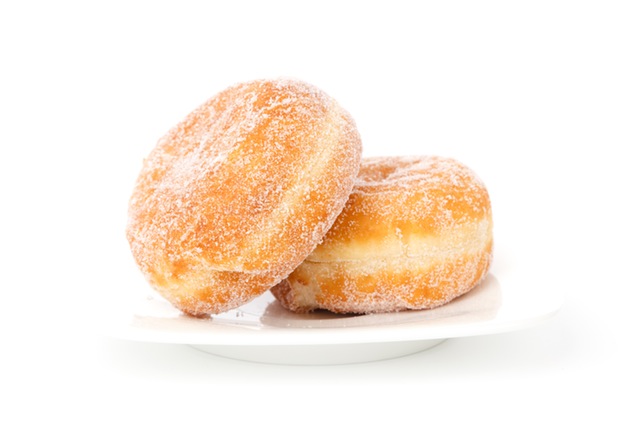 According to the World Health Organization, cancer is one of the leading causes of mortality worldwide. Around a third of cancer deaths are caused by five key lifestyle risks: alcohol use, tobacco use, lack of physical activity, high body mass index, and low fruit and vegetable intake. In addition, the Preventable Cancer Foundation says only five percent of cancers are hereditary, so lifestyle choices have an enormous impact on overall cancer risk.

All of this is good news. It means you have far more control over your chances of getting cancer than you might think. And while making sure you have an adequate intake of things like fruits and vegetables, there are also foods you should avoid to decrease your risk of developing cancer.

There have been countless studies attempting to link certain foods to an increased or decreased risk of cancer. Cancer.net says the connection between a specific food and cancer can be difficult to establish because there can be complicating factors, such as interactions between the different foods and drinks people consume, and how a food is prepared may influence its risk or benefits.

However, there are some foods you should steer clear of, just to be on the safe side. Processed meats include hot dogs, luncheon meats, bacon, sausages, and other meats that are cured, salted, smoked or preserved in some way (i.e. meats that aren’t sold ‘fresh’).

The mechanisms by which processed meat causes cancer is not yet understood, but may be related to N-nitroso compounds produced when heme (from hemoglobin) in the meat is broken down and generated by nitrate preservatives. N-nitroso compounds have been shown to damage cells that line the bowel.

Too much refined sugar causes a range of responses in the body that may indirectly increase the risk of cancer.

Sugar causes insulin spikes, which may lead to increased fat storage, and excess body fat increases your risk of several different cancers, according to the American Cancer Society. Being overweight or obese is also a risk factor for type 2 diabetes, which has been associated with breast, colon, and pancreatic cancers. In addition, the American Diabetes Association says regular consumption of sugary drinks has been linked to type 2 diabetes.

A study on mice models, published in Cancer Research earlier this year, has shown dietary sugar intake has a direct impact on breast cancer development and metastasis. Genetically Modified Organisms (GMOs) have been at the center of food safety debates for years, and of the most controversial are the ‘Round Up Ready’ crops. These crops have been engineered to withstand large doses of glyphosate (the key ingredient in Monsanto’s herbicide Roundup), which means when you ingest food from a Roundup Ready crop, you’ll likely be getting a dose of the Roundup it’s been sprayed with too.

A study republished in Environmental Sciences Europe in 2014 (after a controversial retraction due to commercial pressure) compared the effects of feeding rats Roundup-tolerant GM maize (cultivated with or without Roundup) or given Roundup alone in drinking water. All developed significant health problems over a two-year period compared with controls. All treatment groups had higher rates of tumor development.

The popcorn’s not the problem, it’s the bag it comes in. Many microwave popcorn bags contain a chemical called perfluorooctanoic acid (PFOA). PFOA causes liver, testicular, and pancreatic tumors in rats and is associated with kidney and testicular cancer in people exposed to it in drinking water, due to chemical plant emissions. Farmed salmon are treated with a range of chemicals including fungicides and antibiotics and even artificial color to make their flesh appear more ‘salmon pink.’

A study of organic contaminants in farmed Atlantic salmon compared with wild Pacific salmon revealed the farmed salmon had elevated levels of dioxin and dioxin-like compounds, PCBs, pesticides, and other toxins, some of which are known to increase the risk of cancer. Scientists concluded that the risks of eating farmed Atlantic salmon outweighed the benefits, especially for children, and pregnant or nursing women. Hydrogenation is the process whereby hydrogen is used to convert unsaturated fat in liquid form to a solid form, which results in trans fats being produced. Hydrogenated oils are found in things like margarine, vegetable shortening, premade baked goods, and fried foods.

Trans fats have been linked to several diseases including cancer, diabetes, and stroke. A study of around 20,000 women showed increased levels of trans-monounsaturated fatty acids in the blood, presumably due to a high intake of processed foods, increased risk of invasive breast cancer.

Bisphenol A (BPA) is found in some plastics and is used to line food cans. BPA is a synthetic estrogen, which disrupts the body’s natural hormones.

BPA has been shown to increase the risk of mammary cancers in animals, and a study published in 2014 found that BPA disrupts the genes defending against breast cancer growth. BPA has also been linked to prostate cancer and BPA levels in urine may help predict prostate cancer in men.

This article (7 Cancer Causing Foods You Should Stop Eating) is a free and open source. You have permission to republish this article under a Creative Commons license with attribution to the author Bullseye and AnonHQ.com.