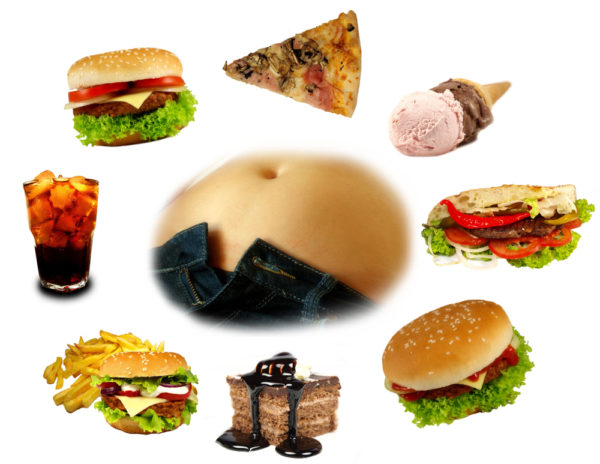 Many of us already know that the current diets, especially in Western countries, are not healthy. There are many health questions surrounding diets being prepared by fast food outlets such as McDonald’s and Kentucky Fried Chicken (KFC). These foods, of course, do more harm than good.

The latest report by an independent group of experts on nutrition and health has just shed more light on what we already know. According to the Global Panel on Agriculture and Food Systems Nutrition, diet and nutrition are now the two biggest risk factors for people’s health across the globe. The report particularly highlighted developing countries as places where diet related sickness are rising. Previously, obesity and being overweight, which is mainly cause by diet and nutrition, were considered to be a problem in rich countries, especially in the West. However, in this report, the authors said as poorer countries have made some steady progress for the past couple of decades, lifestyles are changing rapidly. Many people in developing countries now want to live a Western life. Westernization is therefore, spreading quickly in developing countries.

Due to globalization, multinational food corporations such as McDonald’s and KFC are finding new markets in these countries; shipping them the attendant health effects of their foods. Also, the report said the sale of processed foods is growing at its the fastest rate in developing countries.

As a result, the world is seeing a rapid rise in obesity and being overweight. The report revealed that if the current trend continues, the world will have as many as 3.28 billion overweight and obese people by 2030 (up from 1.33 billion in 2005). According to the report, the vast majority of these overweight and obese people will be found in low and middle-income countries (developing countries). The report specifically pointed to China, revealing that the combined rate of overweight and obese adults is projected to rise to over 50% by 2030, in the country.

Using Nigeria, Africa’s most populous nation as an example, the report said diet related sickness has shot up significantly in the country. It is said the number of adults with diabetes in the country is projected to double between 2011 and 2030, from 3.1 million to 6.1 million. Diabetes is mainly caused by sugary foods. This means diets are making more people sicker in the country. This is not only happening in Nigeria, however. Elsewhere in sub-Sahara Africa, the report said similar trends are beginning to emerge. The report estimated an annual loss of 10 percent of global Gross Domestic Product from diet-related illnesses. Haddad expressed his frustration by saying: “Wake up, world. Our diet is not killing us, but it’s making us sick.”

The report said healthy foods, such as fruits and vegetables, are becoming increasingly expensive, while processed foods are becoming cheaper. This emerging trend makes people, especially in poorer countries, opt for cheaper foods.

In developing countries, rapid urbanization is driving people from the rural areas to the cities. These former rural dwellers turn to eating more processed foods because it is cheap. This action has many consequences. Countries are unable to meet their food demand because there are not enough people to farm in the rural areas to feed the population. Governments lack a coherent agricultural policy. The end result will be to rely on imported foods from developed countries. And due to weak laws and checks in these countries, all kinds of foods, including even expired ones, are dumped on the populations. Therefore, it is very common to find fake foods in many developing countries.

The report recommended that countries should invest more money into research on the development of crops like pulses, vegetables and fruits. It also urged governments, especially in developing countries, to make the conscious efforts of educating their citizens on the need for them to eat healthy foods in order to save the country money on health spending.

This article (New Report Reveals Modern Diets are Making People Sicker Across the World) is a free and open source. You have permission to republish this article under a Creative Commons license with attribution to the author and AnonHQ.com.