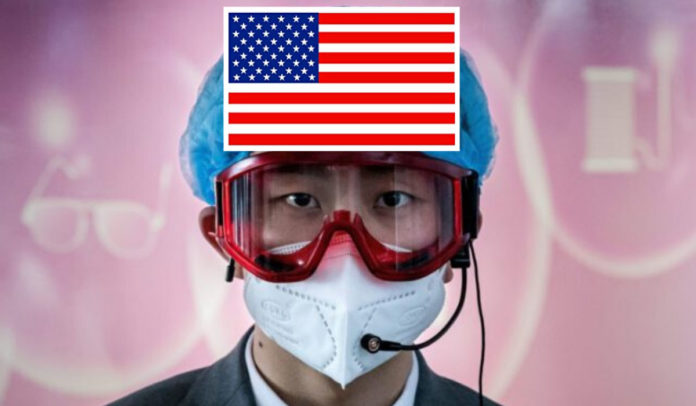 Despite months of constant news coverage telling the public the source of the novel coronavirus SARS-CoV-2 was seafood markets located in Wuhan, China, mounting evidence indicates the origin of the virus may be related to joint research funded by the United States and Chinese governments. New records viewed by the Mail on Sunday, studies examining the outbreak of the virus, and questions posed by an increasing amount of researchers are poking holes in the narrative put forth by the government and media.

The documents reportedly detail how the U.S. government provided a $3.7 million grant for the Wuhan Institute to experiment on bats captured from caves in Yunnan, more than 1,000 miles away from Wuhan. According to the Mail, scientists working with funds from the U.S. NIH grew a strain of coronavirus in a lab and injected it into piglets. The report also states that after some piglets died they were fed to the remaining piglets. 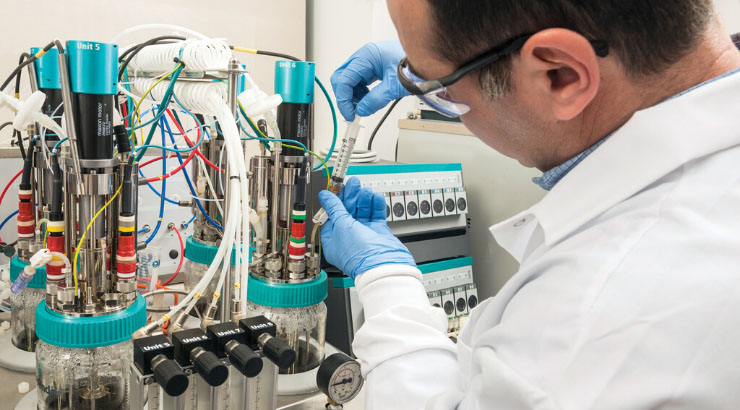 The importance of the connection to the caves in Yunnan cannot be overstated. According to a genetic analysis of the novel coronavirus’ genome, it is “96% identical at the whole-genome level to a bat coronavirus.” The study, “A pneumonia outbreak associated with a new coronavirus of probable bat origin,” also connected CoViD-19 to a coronavirus originating from Yunnan. The study stated, “We then found that a short region of RNA-dependent RNA polymerase (RdRp) from a bat coronavirus (BatCoV RaTG13)—which was previously detected in Rhinolophus affinis from Yunnan province—showed high sequence identity to 2019-nCoV.”

Following the revelations, U.S. Representative Matt Gaetz called for an end to U.S. government funding of “cruel animal experiments at the Wuhan Institute of Virology, which may have contributed to the global spread of CoViD-19.”

For years, the US government has been funding cruel animal experiments at the Wuhan Institute of Virology, which may have contributed to the global spread of COVID-19, and research at other labs in China with virtually no US oversight.

It has to end now.https://t.co/Bjxs89GPgw

While these new revelations counter the mainstream narrative regarding the origin of the virus, they line up with previous studies. In late February, UPI reported that Chinese authorities said the first patient known to contract the novel coronavirus had no connection to the Huanan Seafood Market in Wuhan. “Eastern Broadcasting Co. and Liberty Times reported Thursday that China’s first patient had shown symptoms of CoViD-19 as early as Dec. 8. Chinese authorities have previously said the outbreak began on Dec. 31,” UPI noted. Additionally, UPI reported that a research team with China’s Xishuangbanna Tropical Botanical Garden, Huanan Agricultural College, and the Chinese Institute for Brain Research have also said the seafood market is not the source of CoViD-19.

Both the U.S. and Chinese governments have been tight lipped on potential alternative explanations for the origin of the novel coronavirus SARS-CoV-2 and CoViD-19, the resulting disease. Both nations have also been quick to dismiss the idea that either were involved in developing any sort of germ or biowarfare—except when accusing each other of funding such projects. In fact, a recent report from the Guardian details how two websites for Chinese universities recently published and then removed pages referencing a new policy requiring all academic papers related to CoViD-19 to be submitted for extra vetting prior to publication.

What About the Harvard Arrests?

The revelations regarding the U.S. funding of Chinese research into viruses spawned from bats and the attempts at controlling the narrative are sure to rekindle theories regarding the arrests of a Harvard professor who has been accused of lying about his connections to the Chinese government’s Thousand Talents Plan, an effort to attract Chinese scientists and entrepreneurs back to their homeland. Harvard department chair Charles Lieber is alleged to have accepted more than $1 million in grant money from the Chinese government. Harvard University called the charges against him “extremely serious.” Lieber was arrested on January 28. Two Chinese nationals were also charged including Zaosong Zheng who was detained on December 30 and Yanqing Ye who is currently in China.

Although there is not yet clear evidence that Lieber was arrested in relation to research related to COVID-19, his arrest does deserve further scrutiny. According to the statement from the Department of Justice, since 2008 Lieber received more than $15,000,000 in grant funding from the NIH and Department of Defense which require the disclosure of “significant foreign financial conflicts of interest.” The complaint states that beginning in 2011 Lieber also became a “’Strategic Scientist’ at Wuhan University of Technology (WUT) in China and was a contractual participant in China’s Thousand Talents Plan from in or about 2012 to 2017.”

This complaint connects Lieber to research in Wuhan, his involvement with the NIH—which was also funding Chinese research into bats—and makes clear his involvement with the Thousand Talents Plan. The DOJ describes the Thousand Talents Plan as “one of the most prominent Chinese Talent recruit plans that are designed to attract, recruit, and cultivate high-level scientific talent in furtherance of China’s scientific development, economic prosperity and national security.  These talent programs seek to lure Chinese overseas talent and foreign experts to bring their knowledge and experience to China and reward individuals for stealing proprietary information.”

Although the complaint alleges that Lieber lied about his involvement in the program in April 2018—prior to the CoViD19 outbreak—his involvement with the program continued into 2019. If Lieber had been involved with Chinese research into bats, or secretly funneling out U.S. research into viruses, he would have been working on such matters prior to the outbreak. Although FactCheck states that, “While his work has recently focused on coming up with novel ways of using nanowires in cells, he is not a biologist, nor does he have expertise in viruses,” a 2004 report quotes Lieber as researching nanowires for detecting the presence of virus. Coincidentally, Lieber himself states, “Viruses are among the most important causes of human disease and are of increasing concern as possible agents of biowarfare and bioterrorism.”

Nature Index recently reported that during an April 2018 hearing organized by the U.S. House of Representatives, Michael Wessel, the commissioner of the U.S.-China Economic and Security Review Commission, asked Congress to cut federal grants, loans, or other assistance to participants of the Thousand Talents Plan. Representative Lamar Smith, chairman of the House Committee on Science, Space and Technology, also warned that China was using “sleeper agents at our research universities to steal our scientific breakthroughs.” Further, Nature Index notes that Francis Collins, director of the NIH, sent a letter to thousands of research institutes on August 20, 2018, warning that foreign nations were attempting to use “systematic programs to influence NIH researchers and peer reviewers.”

When considering these warnings in conjunction with Lieber’s arrest and involvement with the Thousand Talents Plan, it’s easy to understand why some readers and researchers believe there might be an as yet unproven connection between Lieber, the U.S. NIH funding of experiments in China, and the Chinese government’s plan to influence scientists within the United States. The U.S. and Chinese governments have both been accused of lying about the true impact of SARS-CoV-19 and the public has an increasing distrust for media reports that are often seen as exaggerated or downplayed.

All of this begs the following questions: Was Lieber involved with the research into bats found in the caves of Yunnan? What was the true nature of the U.S.-government sponsored experiments at the Wuhan Institute of Virology? How deep did this collaboration between the governments go? Does the truth about the origins of SARS-CoV-19 and COVID-19 relate to these experiments? The answers to these questions remain to be seen, but the public must continue to question the narratives that are being spun right in front of our eyes.