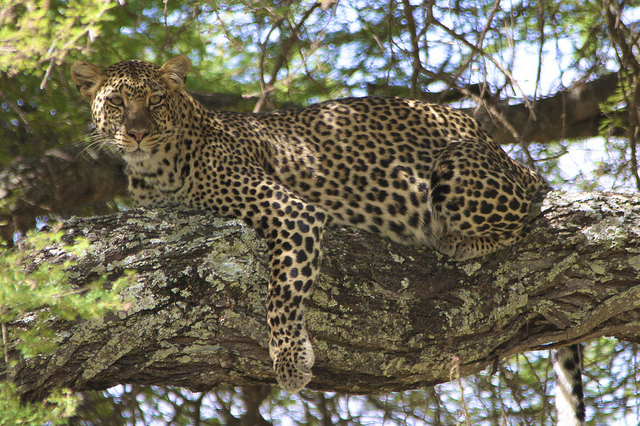 The leopard has lost as much as 75% of its historical habitat over the last 250 years, according to a new study. It is hoped that these new findings will raise awareness of the species struggles in today’s developing world, and will inspire efforts to stabilize leopard populations across Africa, Asia and the Middle East.

The study, which is considered the most comprehensive effort to map big cats to date, examined 6,000 records at 2,500 locations, from over 1,300 sources, including other scientific literature and experts’ data, to draw up a map comparing the species range in 1750 and 2016.

“We found the leopard had lost 75% of its historical habitat, we were blown away by that, it was much more than we feared,” said Andrew Jacobson, a conservationist at the Zoological Society of London and lead author of the new study.

“Our goal has to be to raise consciousness about the plight of the leopard, it’s been flying under the conservation radar for a while. We hoped to raise its profile and say ‘this cat needs your attention’.”

In 1750, the leopard occupied a vast 35m sq km (13.5m sq mile) area throughout Africa, the Middle East and Asia. Today, due to a combination of habitat loss and hunting, the species now occupied a megre 8.5m sq km area, according to the study.

Regions in Asia have seen the biggest decline in leopard habitat, with six regions losing over 95% of areas roamed by this big cat. The species decline in the region has been attributed to the region’s economic development.

“South-east Asia and China have been developed for a long period of time and that’s seriously constricted habitat in that area for decades. We worry this will be the trend we will see in Africa in coming decades, as economies grow,” said Jacobson.

In comparison, habitat loss varied greatly in Africa, with their range decreasing 99% in North Africa, up to 95% in West Africa but only up to 51% in Southern Africa. Although it is uncertain how many leopards remain in each region, it is estimated that there are over a 100,000 left in Africa and fewer than 10,000 in Asia.

Until the release of the study, it was believed that leopard populations were relatively stable. Although notoriously reclusive, the leopard is an adaptable species that lives nocturnally and hunts a wider variety of prey in comaprison to other species. In the past, leopards have been know to adapt to environments altered by human activity.

In the outskirts of Mumbai and Johannesburg, leopards have been know to roam the area, is supporting the misconception that the species is thriving in the wild. Leopards are able to live alongside humans if there is enough cover and access to wild prey; however, spreading farmlands, declining prey, conflict with livestock owners, trophy hunting and the illegal trade in their skins and teeth is threatening their existence.

The leopard is currently classified as ‘nearly threatened,’ while several subspecies – such as the Javan leopard and the Sri Lankan leopard – are classified as endangered and critically endangered. However, according to Jacobson, although the situation is dire, it is not too late for the species to bounce back.

“I think the leopard can come back. The leopard is an incredibly adaptable animal, we just need to ease off on the hunting pressure, the persecution. They’re cats, they breed pretty well,” said Jacobson. “When people think of endangered animals they think of tigers, elephants, rhino. Thankfully the leopard isn’t in that category yet, and if we are more proactive about them we can stop them being in there.”

This article (New Study: Leopards Have Lost 75% of Their Historical Habitat ) is a free and open source. You have permission to republish this article under a Creative Commons license with attribution to the author and AnonHQ.com.