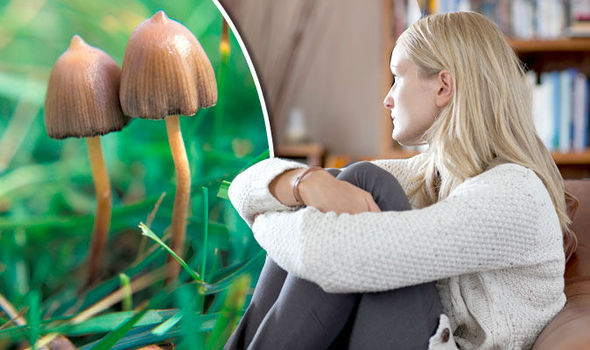 Researchers from Imperial College London, United Kingdom, have announced that a clinical trial to cure depression with magic mushrooms has showed great success, raising hopes that it could be the ultimate solution for people suffering from depression.

The results of the study have been published in the journal Lancet Psychiatry. The study was funded by the British Medical Research Council (MRC).

According to the study, the magic mushrooms used in the clinical trial lifted severe depression in volunteers who participated in the study. Although the sample size used in the study was small, the researchers said the results showed that the mushrooms could be very effective when treating depression. The researchers revealed that the trial took years and significant money to complete due to the stringent regulatory restrictions imposed on class A drugs. Class A drugs are drugs that have high abuse potential, no medical use, and severe safety concerns. In the United Kingdom and some countries, magic mushrooms are classified as a class A drug.

Under the United Nations 1971 Convention on Psychotropic Substances, magic mushrooms are listed as a class 1 drug. However, magic mushrooms have had numerous medicinal and religious uses in many cultures throughout history. Magic mushrooms also have a significantly lower potential for abuse than other narcotic drugs.

The researchers wrote in the study that two doses of psilocybin, the active substance in the mushrooms, was sufficient to lift resistant depression in all 12 volunteers for three weeks, and to keep it away in five of them for three months.

The researchers revealed that all the volunteers who participated had severe depression and had failed to improve on at least two standard antidepressants. They were initially given a low dose of psilocybin to ensure they had no adverse reactions; a higher dose was given a week later. None of the participants showed any adverse reactions. They were then treated in a specially prepared room, with music playing and in the presence of two psychiatrists who talked with them throughout. It is said the psychedelic experience lasted up to five hours. A participant of the study named Kirk Rutter, described himself as being heartbroken by the death of his mother and was unable to come to terms with it in spite of the counseling and medication he received. He said he was nervous about taking part in the study because he had never taken magic mushrooms, but said the friendly staff, the room layout and the music had relaxed him by the time he came to swallow the capsules.

It took 30 months for the researchers to get the drug, which had to be specially packaged into capsules for the trial by a company which was required to get a licence to do so. The researchers said all the regulatory approvals took 32 months, and it cost £1,500 to dose each person. But the researchers believe when the drug is approved for the public, it will cost around £30.

The researchers said they will encourage the MRC or other funders to put up the money needed for a full trial, because of the preliminary results shown by the small clinical trial. In spite of the study’s promising results, the researchers warned people not to try magic mushrooms themselves, as it could be extremely dangerous.

The Guardian quoted the lead author of the study, Dr Robin Carhart-Harris, as saying: “Psychedelic drugs have potent psychological effects and are only given in our research when appropriate safeguards are in place, such as careful screening and professional therapeutic support. I wouldn’t want members of the public thinking they can treat their own depressions by picking their own magic mushrooms. That kind of approach could be risky.”

This Article (New Study: Researchers Reveal Magic Mushrooms Are Proving To Cure Depression) is free and open source. You have permission to republish this article under a Creative Commons license with attribution to the author and AnonHQ.com