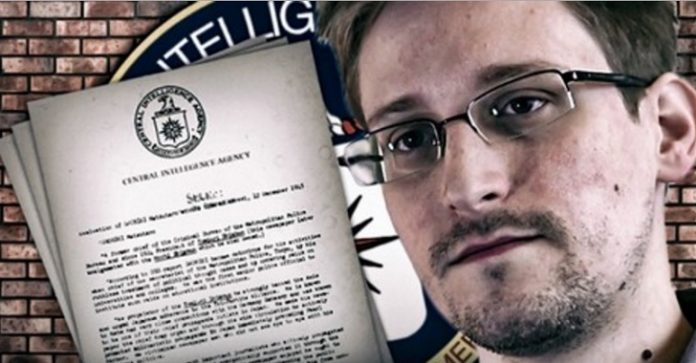 The world’s most famous whistleblower, Edward Snowden, took Twitter by storm when he created an account last year. Since, he has criticized everyone from the FBI to Google, so his latest post on the CIA should come as no surprise.

Commenting on revelations the CIA “inadvertently” destroyed a copy of the 6,700-page torture report, Snowden questioned the agency’s official story.

“I worked @CIA. I wrote the Emergency Destruction Plan for Geneva. When CIA destroys something, it’s never a mistake,” he tweeted Wednesday, openly challenging the CIA’s claim. He also shared an article detailing the news.

I worked @CIA. I wrote the Emergency Destruction Plan for Geneva. When CIA destroys something, it’s never a mistake. https://t.co/S1VULfE4NY

Snowden previously worked for the CIA and as an NSA contractor before leaking documents revealing the U.S. government’s extensive mass surveillance programs and subsequently fleeing the country. He has been anoutspoken voice against government overreach and privacy issues ever since.

“The CIA inspector general’s office — the spy agency’s internal watchdog — has acknowledged it ‘mistakenly’ destroyed its only copy of a mammoth Senate torture report at the same time lawyers for the Justice Department were assuring a federal judge that copies of the document were being preserved.”

The Senate Intelligence Committee was reportedly informed of the ‘mistake’ last summer, but it was never disclosed to the public, nor to the federal judge presiding over a Freedom of Information Act case seeking access to the lengthy document.

Douglas Cox, a professor at the City University of New York School of Law, who specializes in “tracking the preservation of federal records,” commented on the CIA’s self-described mistake. “It’s breathtaking that this could have happened, especially in the inspector general’s office — they’re the ones that are supposed to be providing accountability within the agency itself,” he said. “It makes you wonder what was going on over there.”

The clandestine organization came under fire for its use of torture after 9/11 (and before, though it’s lesser-known), as exposed by a Senate investigation in December 2014. Following embarrassing reports of everything from sexual assault and forced rectal feeding to beatings, sleep deprivation, and other degrading practices, the CIA has since tried to clean up its image. Amid presumptive Republican presidential nominee Donald Trump’scalls to implement waterboarding and more torture, in general, CIA Director John Brennan disavowed the agency’s infamous practice. “I will not agree to have any CIA officer carry out waterboarding again,” he said in April.

But the CIA has a track record of deception, and has had at least one issue with destroyed documents before — that time concerning records on the agency’s coup in Iran in 1953.

The 2014 Senate report “relied on the CIA’s own records to document a pattern of an agency consistently understating the brutality of the techniques used on detainees and overstating the value of the information they produced,” theAssociated Press reported in 2014.

“This is a tremendous amount of CIA misrepresentation. It is difficult to read these pages and wonder whether a system of accountability can work,” Mother Jones observed, in a thorough article examining the many ways the CIA deceived lawmakers and multiple federal agencies about its torture program.

No doubt, according to Snowden, the CIA continues to lie — and his tweet highlights growing mistrust of establishment narratives as Americans increasingly lose faith in government and other institutions.

This article (CIA ‘Accidentally’ Destroyed 6,700 Page Torture Report? Snowden Calls Bullshit) is free and open source. You have permission to republish this article under a Creative Commons license with attribution to Carey Wedler andtheAntiMedia.org. Anti-Media Radio airs weeknights at 11 pm Eastern/8 pm Pacific. If you spot a typo, please email the error and name of the article at [email protected].