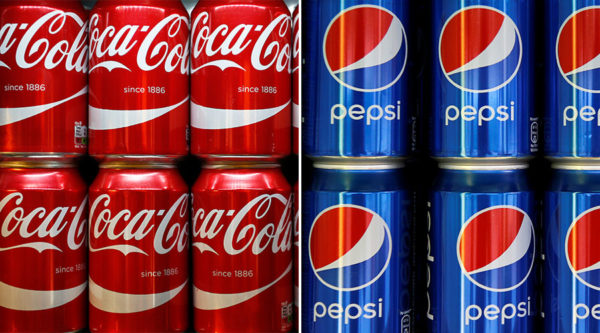 It isn’t new to us that soda companies have influenced health and research organizations to their benefit. The goal is simple: Silence these organizations, prevent the knowledge escaping, that their products are harming our health, keep the consumer ignorant.

In January this year, some UK researchers published a very ridiculous study claiming that soda (soft drinks), could help people lose weight. The study authors took us for granted. They assumed we don’t think analytically.

Concerned individuals launched a further probe into the ridiculous study, and lo and behold, it was discovered that the study was actually funded by the International Life Sciences Institute of Europe (ILSI). ILSI members are made up of Coca-Cola and Pepsi representatives. From this alone, it should tell us ‘buyer beware’. Soft drinks, such as Coca-Cola and Pepsi, do not have any nutritional value.  Rather, they only infect our bodies with diseases. A new study published by researchers from the United States’ Boston University, has revealed that Coca-Cola and Pepsi secretly sponsored as many as 96 health organizations, in order to silence them over the devastating health effects of their products.

According to the study, the sponsorship from these two soda companies to the organizations happened between 2011 and 2015. The study in question, has also been accepted in the American Journal of Preventative Medicine.

Authors of the study revealed that the number of health organizations involved in this dubious deal with the soda companies, could be higher than what the study uncovered; Coca-Cola did the honorable thing by publishing a list of its recipient organizations, however, Pepsi refused, indicating some damning secrets hidden from public scrutiny. Among the leading health organizations in the United States, that were found on the list to have received huge sums of monies, were two leading diabetes organizations – the American Diabetes Association and the Juvenile Diabetes Research Foundation.

According to the authors of the study, they were very shocked to discover these two organizations in the list, considering the established link between diabetes and soda consumption.

Daniel Aaron, lead author of the study, said boldly that the companies used relationships with health organizations to develop positive associations for their products. According to Aaron, the two soda giants have the ability to neutralize potential legislative opposition by invoking reciprocity and financial dependence from national health organizations.

This tactic can make such organizations “unwitting partners” in the companies’ marketing strategies, which undermine public health. The study revealed the actions of the organizations have also derailed aims to reduce soda consumption, as well as hindering efforts to combat obesity.

Apart from the health organizations, the study also revealed some charities, too, are secretly in bed with the soda companies. The study gave the example of the charity Save the Children, which once supported soda taxes, but dropped the effort in 2010 after receiving more than $5 million from Coca-Cola and Pepsi, in 2009. The study also found that Coca-Cola and Pepsi lobbied against 28 public health bills, or proposed regulations, aimed at reducing soda consumption or improving nutrition during the same five-year period they sponsored the health organizations. During this time, Coca-Cola is said to have spent more than $6 million annually, on the lobbying. Pepsi also spent more than $3 million a year doing the same diabolical business.  It is said soda taxes and restrictions on advertising were among the bills and proposed regulations Coca-Cola and Pepsi fought against. The study said these actions by the two companies proved they have a primary interest of improving profit at the expense of public health.

The authors further said the finding of their study is similar to previous studies on alcohol and tobacco company sponsorship. Co-author of the study, Dr Michael Siegel wrote: “Previous studies of alcohol company sponsorship and tobacco sponsorship suggest that corporate philanthropy is a marketing tool that can be used to silence health organizations that might otherwise lobby and support public health measures against these industries.”

This article (New Study Reveals Coca-Cola and Pepsi Sponsored Nearly 100 Health Orgs. in 5 Years, Weakening Obesity Fight) is a free and open source. You have permission to republish this article under a Creative Commons license with attribution to the author and AnonHQ.com.