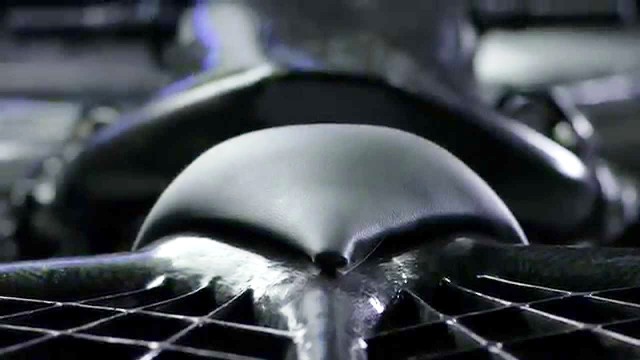 If you were born in the seventies or the eighties, then your childhood was probably filled with, aliens, the grooves, and the space travel and definitely, a glimpse of what the world would be in the near future. However, as time passed by, the concept of how things of the future would be, faded away. Recently, an awesome invention that is storming the world – particularly the United States military has impressed its funders – is having your own personal hover bike.

If you have the funds, you can pre-order one for yourself, however, the delivery date is not yet public. The company, Malloy Aeronautics, which is housed in the United Kingdom, is the creator of this hoverbike, as well as many other drone-related products. The company also created a remote control version of the bike, which is already in use – running on the physics similar of a drone. Like any other drone, the hoverbike consists of quad propellers that are enclosed in a semi-protected casing to increase the airflow; the design is minimal for providing stable and fast flying experiences and the company states the cost will be around as much as a small helicopter.

However, unlike the current versions of the hover bike, its predecessor consisted of only two propellers and was born more than five years ago. Built around a BMW’s 1200cc heavy bike engine, in Australia, it had basic heavy bike controls to give it a more bike feeling. The company then decided to move for the United Kingdom.

The initial version that used two fans, was built in 2011 by Chris Malloy, a New Zealander then based in Australia. Powered by a 1200cc BMW motorbike engine, it was flown using motorbike-style controls. The company then decided to move to Berkshire in the United Kingdom, a small county located in the south-east of England. The company, by then, was on Kickstarter making drones, costing more than $700. However, after gaining more popularity, the company then built a quad propeller hoverbike, which got the attention of the United States Army, who are now funding the current program.

Service Engineering Co, which is based in Maryland, United States, and specialises in defence related products, also teamed up with Malloy Aeronautics at the Paris Air Show this year, opening their offices in the United States and acting as a catalyst in the hoverbike’s production. As stated on Malloy Aeronautics’ website the hoverbike will fall under the category of Tactical Reconnaissance Vehicle.

“Establishing an office in Maryland was a clear business decision,” says Chris Malloy, who is the founder of the Malloy Aeronautics, as well as a co-director as it is published on their website. “The proximity to the Army Research Laboratory and U.S. defence decision makers, access to the world-class facilities through the laboratory’s Open Campus initiative, and the co-location with our strategic business partner, SURVICE Engineering, was all factors in favour of Maryland as the best choice for Malloy Aeronautics.”

Testing of #hoverbike by Malloy Aeronauticshttps://t.co/FuoOfjmcW7

With the company’s expansion and developing of products, they are looking for technicians who will become their test pilots in their UK head office. The test pilots will be able to fly the hoverbikes and also identify the problems, helping in developing and creating new test types and assisting them in building small and full size test models. Therefore, if you think you are up for the job and want to build and test one of the most unique vehicles in the world, then you can find read more about the opportunities on their website.

This article (US Army Is Working On A New Hoverbike) is a free and open source. You have permission to republish this article under a Creative Commons license with attribution to the author and AnonHQ.com.