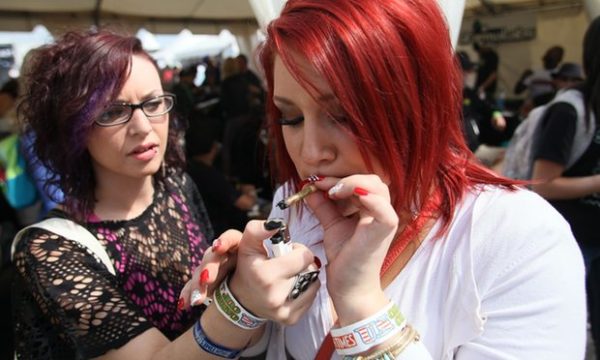 Since 1996, 24 US states and the District of Columbia (DC) have approved medical use of marijuana. In the states of Colorado, Washington, Alaska, Oregon and DC recreational use is also legal.

These moves towards permissiveness, even where possession of the drug is restricted to medical use, have caused many critics to worry that cannabis use would rise, especially among teenagers.

But activists in favor of legalization of the plant, have maintained that legalizing the plant would help prevent the drug from being abused, especially by teenagers. Since legal marijuana will be regulated, activists believe people will not get the opportunity to use it as a tool to commit other social crimes. This argument by activists has been confirmed in a new study by an independent body. A new study by a team of researchers from Washington University School of Medicine in St. Louis, has revealed that marijuana use by teenagers has reduced dramatically in states where the plant has been legalized.

The study also found that teenage related-crimes have also reduced in these states. The study has been accepted in the Journal of the American Academy of Child & Adolescent Psychiatry.

The research team explained that more than 216,000 teenagers across the United States were used in the study, and it indicated a substantial fall in problems related to marijuana use among teenagers.

The study found that between 2002 and 2013, despite states decriminalizing and legalizing the drug, marijuana use among teenagers has dropped by a whopping 10%.

Within the 12-year period, the researchers also discovered that the number of teenagers suffering from marijuana dependency dropped by 24%.

The number of teenagers who admitted to using marijuana in the past 12 months was also lower in 2013 than it had been in 2002, also falling by 10%. Fighting, crimes against property and drug sales were also down, according to the study. Lead author of the study, Dr Richard A. Grucza, said the researchers themselves were surprised about their findings. He explained that the research team does not know how the legalization of marijuana is affecting teenagers. However, he theorized the cause of this decline.

“We were surprised to see substantial declines in marijuana use and abuse. We don’t know how legalization is affecting young marijuana users, but it could be that many kids with behavioral problems are more likely to get treatment earlier in childhood, making them less likely to turn to pot during adolescence. But whatever is happening with these behavioral issues, it seems to be outweighing any effects of marijuana decriminalization,” Dr Grucza said about the findings of the study.

Dr Grucza also said he and the research team gathered the data as part of a confidential computerized study known as the National Survey on Drug Use and Health.

In the past, some studies on teenagers and drug use had suggested that psychiatric disorders earlier in childhood are strong predictors of marijuana use among many teenagers.

Therefore, Dr Grucza suggested that if that is really the case, then something needs to be done. He was quoted as saying: “So it’s likely that if these disruptive behaviors are recognized earlier in life, we may be able to deliver therapies that will help prevent marijuana problems, and possibly problems with alcohol and other drugs, too.” This is not the first time a study has showed that legalization of marijuana poses no threat to teenagers in the United States.

In 2015, a study led by Dr Deborah Hasin, professor of epidemiology at Columbia University Medical Center in New York, found that legalization of marijuana has not led to a rise in use by teenagers. That study was taken from data that had been collected over 24-years from more than one million teenagers in the 48 contiguous states of the United States. The study, published in the journal Lancet Psychiatry, said the use of marijuana by teenagers was already higher in the states that have opted for medical legalization, but the change in the law did not lead to a jump in numbers.

This Article (New Study Reveals Marijuana Use Among Teenagers In The United States Has Reduced As States Legalize The Plant) is free and open source. You have permission to republish this article under a Creative Commons license with attribution to the author and AnonHQ.com