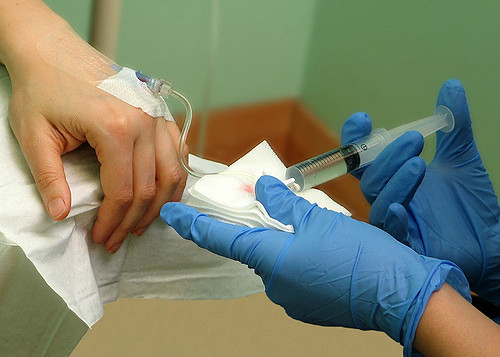 Cancer treatments have been one of the most researched topics of the 21st century, and for good reason. In 2015, an estimated 1,658,370 individuals in America alone, were seen to have developed some form of cancer for the first time. From that, 589,430 individuals were estimated to have sadly lost their battle with the disease.

Many patients who are diagnosed often opt for the most common form of treatment available, chemotherapy. Chemotherapy is an invasive and highly toxic treatment that kills cells, including cancerous ones, by damaging them, ultimately inhibiting the cells ability to divide through mitosis. Unfortunately the ferocious chemistry of chemotherapy also includes healthy cells, the ones that line your mouth, intestines, even in your hair.

For the first time since chemotherapy has been available, researchers from the Public Health England and Cancer Research UK, have looked into and analysed the numbers of cancer patients who have died within one month after starting chemotherapy, trying to determine whether it is the cause of death, opposed to the cancer.

Approximately 8.4 percent of individuals with lung cancer and 2.4 percent of breast cancer patients, died within one month in the UK after starting chemotherapy. But in some hospitals, the figures are far higher, rising to an estimated 50.9 percent, although this was based in smaller hospitals with fewer patients.

As expected, results and the effectiveness of chemotherapy will be significantly different depending the individual. For example, older people and those in poorer health. Deeming it essential for doctors and practitioners alike, to be more careful when selecting patients for treatment as it could do more harm than good.

A patient diagnosed with breast cancer described the experience: “This highly toxic fluid was being injected into my veins. The nurse administering it was wearing protective gloves because it would burn her skin if just a tiny drip came into contact with it. I couldn’t help asking myself, if such precautions are needed to be taken on the outside, what is it doing to me on the inside? From 7pm that evening, I vomited solidly for two and a half days. During my treatment I lost my hair by the handful, I lost my appetite, my skin colour, my zest for life. I was death on legs.”

However, chemotherapy is one of the most effective treatments for cancer, states Dr Jem Rashbass, cancer lead for Public Health England. Although it does have considerable negative side effects, and treating aggressive cancers is difficult without it.

The study looked at 23,000 women with breast cancer and 10,000 men with non-small cell lung cancer who all underwent chemotherapy for treatment in 2014. 1,383 out of the combined totals of men and women passed away within 30 days.

There are many issues that could arise from such a study, and although statistics show otherwise, much more data is needed in order to come to concrete conclusion and understand the balance of chemotherapy in order to treat accordingly depending on the patient and the cancers aggressiveness. Hospitals with higher death rates would also need to be further looked into.

Many that are diagnosed with cancer do look for alternative non-toxic therapies and methods. But many of these methods are unproved and may even put you at greater risk. It is unlikely that these methods play a direct role in completely irradiating the cancer, but can suppress and alleviate symptoms that associate with it. Alternatives include cannabis oil, strict organic vegetable diets (Gerson Diet), Ketogenic diet, Laetrile and Amygdalin supplements, Oxygen therapy and the list goes on and on of individual success stories using such methods to treat their cancer. But many still undergo radiation therapy alongside the alternative treatment in order to inhibit the further spread of cancerous cells.

I must implore and encourage any person battling with cancer to do your own research alongside your doctor’s advice to make an informed decision. You must take responsibility for your own health and read as much as you can.

This Article (New Study Suggests Chemotherapy Is Just As Deadly As Cancer) is free and open source. You have permission to republish this article under a Creative Commons license with attribution to the author and AnonHQ.com.