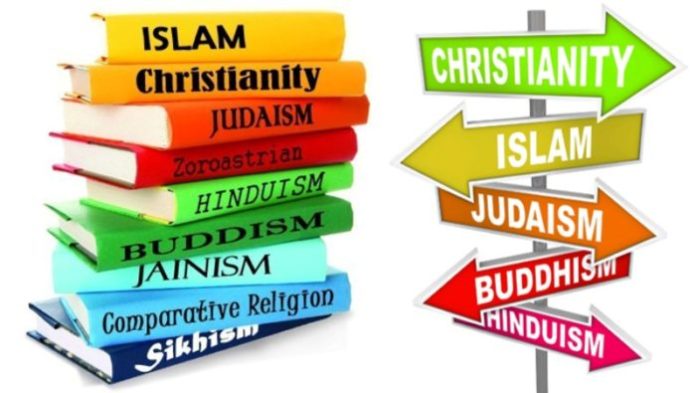 We have all experienced the natural world, but what of the supernatural world? This has become a subject of contentious debate between scientists and religious adherents. In light of this disagreement, researchers have tried to understand the behavior of those who believe in God and and those who don’t, regarding how they both see the natural world in which they live.

From a new study published by researchers from the University of Helsinki in Finland, it has emerged that religious people do not understand the natural world they live in. The study has been accepted into the journal Applied Cognitive Psychology.

According to the study, religious people are more likely to have an inferior understanding of the world, and are more likely to believe objects like rocks and paper have human qualities. The researchers revealed that religious beliefs were linked with a weaker ability to understand physical and biological phenomenon such as volcanoes, flowers, rocks and wind.

The researchers compared believers in God or the paranormal (supernatural) to people with autism, after finding they tend to struggle to understand the realities of the world around us. Also, believers in God were more likely to think that inanimate objects such as metal, oil, clothes and paper can think and feel, and agreed with statements such as “Stones sense the cold.”

The study compared religious believers to people with autism, revealing both struggle to distinguish between the mental and the physical, although autistic people are at the opposite end of the spectrum because they often see the world as entirely physical and struggle to understand the mental state of others.

According to how the researchers conducted the study, they asked 258 Finnish people to report on how much they agreed that “there exists an all-powerful, all-knowing, loving God” and whether they believed in paranormal phenomena such as telepathy and visions of the future. After extracting this information from the participants, the researchers then matched their answers with a range of other factors, including exam results, survey answers and performances on different tests. The researchers, Marjaana Lindeman and Annika Svedholm-Häkkinen said in a statement that the more religious people are, the less they understand the physical or natural world they live in.

“The more the participants believed in religious or other paranormal phenomena, the lower their intuitive physics skills, mechanical and mental rotation abilities, school grades in mathematics and physics, and knowledge about physical and biological phenomena were… and the more they regarded inanimate targets as mental phenomena.” The researchers defined “mental” as having human characteristics such as thoughts and spirit (breath).

The researchers said their findings suggest people’s lack of understanding about the physical world means they apply their own human characteristics to the universe. This action results in the belief in demons, gods, and other supernatural phenomena by religious people.

They also found that people who believe in God and the paranormal are more likely to be women, and tend to base their actions on instinct rather than analytical thinking. This particular finding supports previous studies that suggest women attend church more than men, particularly in the Christian faith. This isn’t the first time a study has revealed the cognitive process of religious people. Previous studies have suggested religious people tend to have a lower Intelligence Quotient and are more likely to believe literally in what scientists called “bullsh*t statements” including phrases like “Earth wants water” and “Force knows its direction.”

This article (New Study Suggests Religious People Are Ignorant About the Natural World) is a free and open source. You have permission to republish this article under a Creative Commons license with attribution to the author and AnonHQ.com.