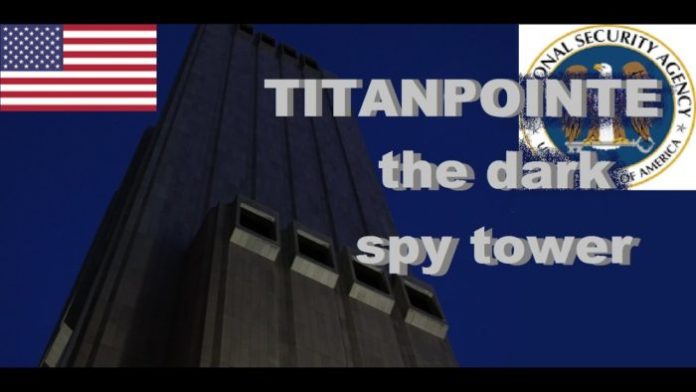 The American computer professional who worked previously as a contractor for the National Security Agency (NSA), Edward Snowden, made headlines around the world in 2013, after he copied and leaked classified information from the NSA belonging to the U.S. government.

His disclosures revealed how the American government had covertly spied on its citizens – and the rest of the world – in the name of so-called national security. Since the Snowden disclosure, privacy activists have pushed for more anti-spying laws. In the U.S. for example, Congress ordered the NSA to end its bulk phone metadata collection program authorized by a particular portion—Section 215—of the Patriot Act. Under the new guidelines from Congress, the NSA may no longer directly collect and hold data about the domestic phone records of U.S. citizens.

But despite the guidelines enacted by Congress, new documents obtained by The Intercept appear to suggest the NSA is still carrying on its internal and external surveillance program. The documents shed light on new clandestine methods employed by the NSA, with close collaboration from one of the country’s telecommunications giants—American Telephone & Telegraph (AT&T).

The documents obtained by The Intercept show that the NSA has a secret spy base inside the AT&T skyscraper in New York City. The building, known as Long Lines Building, is fully owned by AT&T. It was developed under the name ‘Project X’ and opened in 1974, about 14 blocks north of Wall Street. The precise location of the building is 33 Thomas Street, in the lower Manhattan borough. It is said the building can withstand an atomic bomb, and has its own power and water supply. It is windowless. Facilities in the building are capable of sustaining those inside for two weeks in an event of nuclear fallout.

An anonymous AT&T employee who leaked the documents told The Intercept the building houses an international communications ‘gateway switch’, which regulates phone calls, fax messages and internet data around the world. In fact, the switch is a major route by which international calls and data enters the U.S. telecommunications system. This means if someone has access to the data, the person could spy on world communications. According to the documents, AT&T has granted the NSA full access to the data. The NSA has codenamed the secret program Titanpointe.

Secret documents released earlier by Snowden had revealed this NSA secret program, but this current revelation by The Intercept has shed more light on it. The Titanpointe program has reportedly also spied on communications to and from the United Nations, the International Monetary Fund and the World Bank. The documents The Intercept obtained confirmed that the NSA has indeed set up a site, codenamed ‘Titanpointe,’ in the building belonging to AT&T. This allows the NSA to analyze both domestic and international data entering the systems of AT&T.

The documents further revealed that NSA agents visiting Titanpointe would not have access to the facility direct. They are first directed to a field office belonging to the Federal Bureau of Investigation (FBI). The FBI field office is located two blocks from the AT&T building. From the FBI office, the agents are then transported in ‘dark vehicles’ to the facility. This is to prevent agents from even knowing the exact location of where the NSA is spying from. There are parking bays outside the windowless skyscraper marked ‘AWM,’ a code denoting federal agencies.

At the Titanpointe site, the agents are then shown around by representatives of Lithium. Lithium is the NSA’s codename for AT&T. The facility has a satellite dish, which is notable because the NSA documents link Titanpointe to the Skidrowe program, which intercepts satellite data including emails, chats, Skype calls, passwords, and internet browsing histories, according to Daily Mail. Snowden-leaked documents also link Titanpointe to the Blarney program, which was developed in the early 1970s to take en mass communications content (such as conversations) and metadata (such as call times).  That data was collected using ‘commercial partnerships’ with companies such as AT&T.

Many observers have condemned this current spying activity by the NSA. “Such spying activities are totally unacceptable breaches of trust in international cooperation,” said Mogens Lykketoft, former president of the United Nations’ General Assembly.

This is not the first time AT&T has been caught helping the U.S. government to spy. The company has a long history of aiding U.S. spy networks. AT&T was identified in 2015 by The New York Times as the NSA’s most enthusiastic telecommunications helper, providing U.S. spy networks with access to billions of emails.

When The Intercept contacted AT&T for comment on the matter, the company denied in part that it has given the government full access to its systems. AT&T spokesman, Fletcher Cook said: “Rather, we simply respond to government requests for information pursuant to court orders or other mandatory process and, in rare cases, on a legal and voluntary basis when a person’s life is in danger and time is of the essence, like in a kidnapping situation.”

As for the NSA, it refused to comment on the issue. But its silence means a lot. The U.S. government cannot just stop spying. Spying has become an addiction for the country’s government.

This article (Newly Leaked Documents Reveal NSA’s Secret Spy Base Inside AT&T Building in New York City) is a free and open source. You have permission to republish this article under a Creative Commons license with attribution to the author and AnonHQ.com