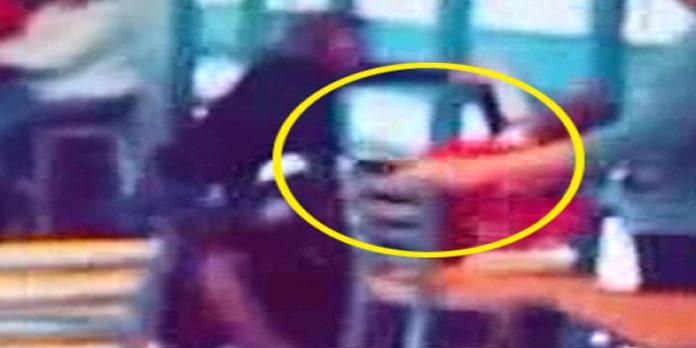 Milwaukee Wisconsin has seemingly become one of the most corrupt cities in the nation, making headlines for police brutality and misconduct almost weekly. The most recent display of blatant disregard for human life came when jail guards ignored a new mother’s cries for help when she delivered a baby in the maximum security wing, alone in a cold jail cell.

Shade Swayzer was pulled from the medical wing of the jail without medical clearance and thrown into maximum security only days out from having her baby. When it was time, her screams to the jail guards went not only ignored, but mocked. Shade gave birth to her baby Liliah on the floor of her jail cell. It was hours later that she would be offered medical help, however it would be too late.

Shade was locked up for allegedly “not leaving a motel room.” What could hardly be classified as an offense led to neglect on behalf of the state and the death of an innocent child. Shade was in labor alone for four hours, before being discovered. The guard who discovered her waited nine minutes before notifying anyone. Instead of taking the child to the medical wing next door, they attempted CPR on the child for 45 minutes on a cold metal table. The autopsy showed that Liliah was “well-developed, well nourished” at 37 weeks. The only reason she perished was the neglect and inadequate facility that Shade was forced to be subjugated in. The complaint against the city and the jail states, “The lack of staff at the Justice Facility creates severe problems for the county’s ability to respond timely and appropriately to medical emergencies and needs, which is exactly what contributed to Laliah’s untimely, horrific, and preventable death.”

“As a result of the defendants’ reckless disregard and deliberate indifference, baby Laliah is not spending her first Christmas, or any other thereafter, with her mother or family, nor will she ever grow to have a family of her own,” the lawsuit read. This was one of many preventable deaths at the Milwaukee jail. Four people died while in the custody of the Milwaukee jail system. Most recently, an inmate died of thirst after his cries for water were ignored. Blatant disregard for human life seems to be just another policy in Milwaukee’s criminal justice system. The jail is run by Sheriff David Clarke. An ultra right-winger who has been tapped by Donald Trump for a position as the lead of Homeland Security; he has drawn criticism of his attitudes toward people of color, despite being black himself. He has referred to the Black Lives Matter movement as being akin to the KKK. He was also hailed at a Blue Lives Matter dinner after praising the murderous cops responsible for the death of Freddy Gray. Clarke is a monster who is about the get the reigns to the kingdom; don’t expect any progress to be made in Milwaukee, or the nation for that matter.

“American citizens are dying unnecessarily in his jail, and it would be nice if he could take some responsibility for it and address the problem,” stated Attorney Erick Helpt. Helpt is representing one of the four families who have suffered at the hands of Clarke’s employees. “Sheriff Clarke has time to promote his radical ideas on Fox News, far rightwing radio stations, and other conservative outlets. He has time to blog, tweet, and write op-eds to advance his divisive agenda. Yet, while he’s doing all of this self-promoting, his own jail is understaffed in dire need of leadership.”

Swayzer is seeking $8.5 million in damages. This is yet another case where justice will only be found in the form of a payoff. The city has not responded to the suit as of yet, and have released no statements on the death of baby Liliah.

This article (Newborn Baby Dies While Guards Ignore Mother – Marks Fourth Death in Milwaukee Jail in 2016) is a free and open source. You have permission to republish this article under a Creative Commons license with attribution to the author and AnonHQ.com.