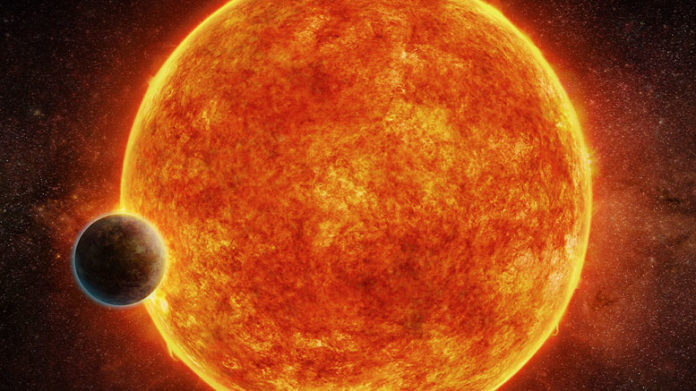 An amateur Australian astronomer has helped discover what could be the next major breakthrough in discovering interstellar life. Retired engineer TG Tan made a startling discovery from his Perth backyard, detecting a rocky planet only 39 light years away from Earth.

Mr Tan was asked to participate in the search for the exoplanet by the Harvard-Smithsonian Center for Astrophysics (CfA) and to confirm their suspicions. Mr Tan says he got lucky, saying “I drew the lucky straw – I was in the right place at the right time.”

Dubbed “LHS 1140b” the new exoplanet is said to be rocky, like Earth, and capable of liquid water on its surface – a crucial element in supporting life. It is also possible, according to researchers, that the planet may also have a system conducive to supporting life, given its larger size than previously discovered planets, such as the TRAPPIST-1 discovery of seven potentially habitable planets.

In a paper appearing in the journal Nature, researchers from the CfA described the potential of the nearby “super-Earth” planet:

“Here we report observations of LHS 1140b. … We measure the mass of the planet to be 6.6 times that of Earth, consistent with a rocky bulk composition, placing it within the liquid-water, habitable zone. Because LHS 1140 is nearby, telescopes currently under construction might be able to search for specific atmospheric gases in the future.”

The lead author of the paper, Jason Dittman said it’s a hopeful discovery. “Right now, we’re just making educated guesses about the content of this planet’s atmosphere,” said Dittmann. “Future observations might enable us to detect the atmosphere of a potentially habitable planet for the first time. We plan to search for water and, ultimately, molecular oxygen.”

The exoplanet LHS 1140b is situated in the zone of a faint red dwarf star, known as LHS 1140 in the constellation Cetus. Reported to be “10 times closer to its star than Earth is to the sun,” it appears to only receive half as much sunlight as the Earth does.

The planet is described as being 7 times larger than Earth and 11,000 miles in diameter. It’s reported that the proximity of the planet will allow scientists to search for specific gases such as oxygen, with newer telescopes currently under construction.

However, some remain guarded. Matthew Pavletich, a space expert from New Zealand warns people not to get their hopes up with the latest discovery.

“I guarantee you, it would be one of the hardest things the human race would ever do to send an interstellar spacecraft out there. Even with our best technology we’ve got now, it would take 100,000 years to reach this place.

“Even if you could accelerate to half the speed of light, which is in the realms of possibility, it’s still going to take you 100 years to get there,” Pavletich said.

Ditmann is still excited, however. “This is the most exciting exoplanet I’ve seen in the past decade.”

This article (The Next ‘Super Earth’ Spotted by Backyard Stargazer) is a free and open source. You have permission to republish this article under a Creative Commons license with attribution to the author AnonWatcher and AnonHQ.com.