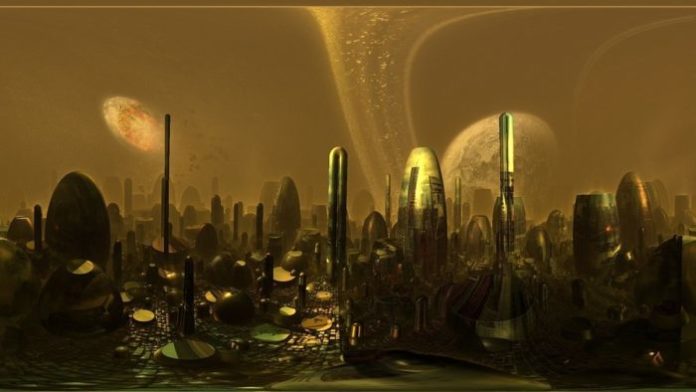 The United Arab Emirates (UAE) is a highly-modernized country made up of seven smaller states. The country is oil rich. One of its leading cities, Dubai, was a small town where people dived for the gemstone pearl some 40 years ago.

But today Dubai has become a glittering metropolis full of modern skyscrapers. It boasts the world’s tallest building —the Burj Khalifa. Apart from this, the city is also a financial hub for Arabian, European, Persian, Chinese, Indian and American business magnates. Over the past few years, the UAE has strategically developed into a recreational country, attracting thousands of visitors every day. Dubai hosts impressive sites including an archipelago of manmade, palm islands; the world’s largest indoor ski resort; enormous shopping centers and extravagant entertainment attraction centers. The same can be said of Dubai’s sister city, Abu Dhabi, which serves as the capital of the Emirates. In 2016, the UAE created a ministry for happiness. The country’s Prime Minister, Sheikh Mohammed bin Rashid Al Maktoum, appointed Ohood Al Roumi as the minister in charge of the ministry, charging her with the responsibility of ensuring happiness in the country.

Currently, the country is moving recreational activities on Earth to another planet. The UAE has announced its plans to build a whole city, almost the same size as the city of Chicago, on Mars by 2117. At the World Government Summit in Dubai recently, visitors were given the opportunity to watch a full 3D model of the city proposed.

To prove their seriousness about the project, the country has since released the plans of the futuristic city on the Red Planet. According to Sheikh Maktoum, the proposed city on the Red Planet would be called “City of Wisdom.” He revealed that the City of Wisdom would consolidate the giant progress humans have made in science and technology. Although the City of Wisdom may sound like science fiction today, the country strongly believes it will become reality in the next century.

“Human ambitions have no limits, and whoever looks into the scientific breakthroughs in the current century believes that human abilities can realize the most important human dream,” Sheikh Maktoum wrote about the project. Sheikh Maktoum said that the first step towards the ambitious project would be to run more science programs in schools and universities across the Emirates.  He believes this will trigger the interests of his citizens in science and technology.

After this, the next thing the Emirates will do is build up local and international scientists. These scientists will be broken into teams, with each team tasked to investigate specific aspects of the City of Wisdom project, such as faster transportation to Mars. Currently, it takes between 150 and 300 days for a spacecraft to reach Mars from Earth.

Other teams will look at growing food, creating energy, methods of transportation across the planet’s surface, amongst other issues. The UAE’S scientific and research committee manager Saaed Al Gergawi told CNBC in an interview that the City of Wisdom will house 600,000 people. He revealed that although people might initially be reluctant to visit the city, as technology progresses, more visitors would be willing to experience the new environment.

“We came up with that number because it’s like someone going to an exotic island, not everyone can go first, then we get advancement of rocket tech, which makes people move there easily, then the advancement of oxygen tech to make it more earth like, which would incentivize people,” he said.

The UAE is a newcomer in the race to colonize space. The country just launched its space program in 2014.  Currently, the Emerati Space Agency is planning to work with their British and French counterparts, beginning next year. The mission of this trilateral initiative would be to launch an unmanned spacecraft named “Hope” to Mars by 2021. It is expected that Hope would reach Mars in 2023, gathering vital information useful for the City of Wisdom project. The US, Russia, China, India, the EU, and even private companies are in a race to colonize Mars. But commentators have described the ambitions of the UAE as the largest among all those who want to establish new colonies on the Red Planet.

This article (UAE Plans Bustling City for 600,000 People on Mars within 100 Years [Video]) is a free and open source. You have permission to republish this article under a Creative Commons license with attribution to the author and AnonHQ.com.