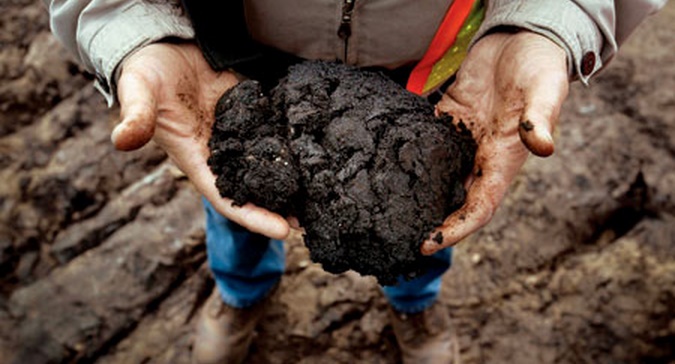 Over 100 esteemed scientists from across North America and in many diverse fields announced their rare consensus on Wednesday in calling for a moratorium on new oil sands development with the launch of a website, OilSandsMoratorium.org. Such broad agreement in the world of science is extremely rare, but the signers feel the broad impact of oil sands development on a number of local, national, and global concerns is a matter of extreme urgency.

Biologists, climate scientists, geophysicists, and economists have joined forces to release the signed appeal, titled “10 Reasons for a Moratorium,” and base their collective proposal on “evidence across [their] many disciplines.” Several scientists contributed to the following statement from the website:

“No new oil sands or related infrastructure projects should proceed unless consistent with an implemented plan to rapidly reduce carbon pollution, safeguard biodiversity, protect human health, and respect treaty rights. [Our] ten reasons, each grounded in science, support our call for a moratorium […] Leading independent researchers show that significant expansion of the oil sands and similar unconventional oil sources is inconsistent with efforts to avoid potentially dangerous climate change […] Oil sands development is industrializing and degrading some of the wildest regions of the planet, contaminating its rivers, and transforming a landscape that stores huge amounts of carbon into one that releases it. [The decisions about oil sands development] are among the biggest we face as Canadians and Americans. Their consequences for our national economies and shared environment will last decades to centuries. These decisions transcend the boundaries of scientific disciplines in ways that challenge accurate summary in media and debate.”

According to the site, among the group of scientists are 22 members of the National Academy of Sciences, 12 fellows of the Royal Society of Canada, five recipients of the Order of Canada, and even Nobel Prize winner Professor Kenneth J Arrow PhD of Stanford University. Despite the scientists’ prominent reputations, the group faces the immense difficulty of having its proposal accepted. The oil and gas industry in the U.S. is infamous for throwing its weight into political matters, as it did with recent bans on fracking bans in Oklahomaand Texas—the latter being almost certainly a direct result of enormous citizen effort in Denton to halt the practice.

In 2012, California-based Jacobs Engineering Group, in conjunction with the Alberta government, released astudy that found emissions from oil sands-derived crude were 12% higher than regular crude. This followed a similar study for the E.U. by Stanford’s Adam Brandt the previous year that indicated that same number was as high as 22%. With such alarming figures, the industry went into self-defense overdrive.

Based on these findings, the E.U. proposed the need to label crude derived from oil sands as far dirtier than other fossil fuels. The Canadian government launched a massive crusade to repair the industry’s justifiably ailing reputation—an effort which a British member of European Parliament described as “stunning in its intensity.” What set this PR campaign apart from other lobbying was direct government backing. “There have been massive lobbying campaigns by the car industry, by the chemicals industry, banks, food giants, etc. But so far I have not seen such a lobbying campaign by any state,” explained Finnish MEP Satu Hassi. Canada’s Natural Resources Minister, Joe Oliver, once told Reuters, “We don’t want the potential stigmatization and we’re quite concerned about that issue.” So much so, in fact, Canada threatened to take the matter to the World Trade Organization if the E.U. pressed ahead with the label. Sven-Olov Ericson, an official with Sweden’s Ministry of Enterprise, Energy, and Communications, scoffed at the intimidation, saying, “You can’t take Europe to court for treating oil sands correctly.”

Though some crude from oil sands may be extracted through strip-mining, the vast majority must be fracked. Transport of this highly viscous bitumen is at the heart of the Keystone XL Pipeline controversy in the U.S., with the industry battling indigenous groups’ land rights, environmental activists, and even erstwhile unconcerned citizens who don’t want the pipeline running through their properties or communities.

Each of the ten reasons listed in the proposed moratorium is backed by studies and references. Topics include:

“It’s rare that scientists speak collectively about controversial topics. Many of us had to come to our own conclusions about the oil sands based on our research, and once we began comparing notes, we recognized the need to speak publicly, now, with a unified voice,” explained ecologist Wendy Palen of Simon Fraser University.

With the aggressive and overbearing efforts on the part of industry, working officially or unofficially with government, the moratorium faces a plethora of challenges. You can help by spreading the word. For more information about the basis for the ten reasons and to share the campaign, visit OilSandsMoratorium.org.