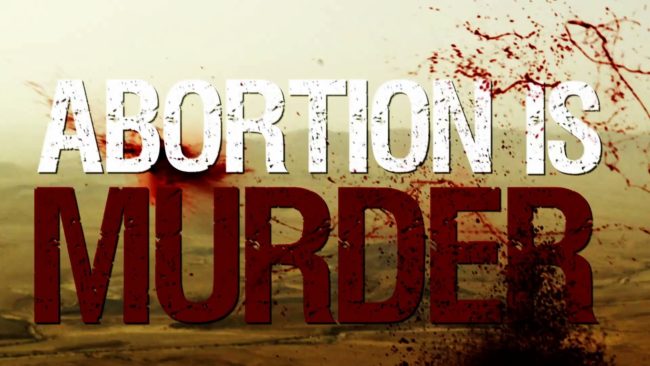 In what is being called a “first in the nation law”, the Oklahoma House of Representatives have successfully passed a new bill Thursday which will make it a felony violation for any doctor who performs an abortion procedure. The legislation will also strip the doctor of their license to practice medicine for the remainder of their lives. Short of a veto from the governor, which is not anticipated, the bill will pass into law.

The bill passed by a margin of 33-12 with no debate or discussion while the bill was on the floor. However, the 12 individuals whom voted against it came from the Republican and Democrat Party alike. Speaking on behalf of the bill, Sen. Nathan Dahm (R) stated “Since I believe life begins at conception, it should be protected, and I believe it’s a core function of state government to defend that life from the beginning of conception.”

Speaking in opposition of the bill, attorney Amanda Allen stated that “the Center for Reproductive Rights is closely watching this bill and we strongly urge Governor Fallin to reject this cruel and unconstitutional ban.” Adding that “Oklahoma politicians have made it their mission year after year to restrict women’s access to vital health care services, yet this total ban on abortion is a new low.” Senator Ervin Yen (R, Oklahoma) called the bill “insane.”

What Allen is referring to is the fact that Oklahoma is currently facing a $1.3 billion dollar budget deficit that, if left unresolved, will gut the states education, prison and health care systems. Opponents of the abortion bill are claiming Oklahoma passed this law, specific at this moment in time, to distract the public from the looming budget crisis. Rather then talk about the failings of recent “Republican policies”, the whole country will now talking about the new abortion bill instead. As Senate Democratic leader Sen. John Sparks said, “Republicans don’t have an answer for their failed education policies, failing health care policies and failing fiscal policies, so what do you do in that situation? You come up with an emotional distraction. That’s what this bill is.”

In addition to making it illegal for doctors to perform the procedure, the House passed a second bill which requires the states Department of Health to develop informational material “for the purpose of achieving an abortion-free society.” However, the bill failed to provide state funding for the Department to do so. More specifically, the bill demands the department to educate young women about the alternatives to abortions and educate them about the developmental stages of a fetus at the time of an abortion.

Opponents to these laws are also quick to point that almost every year the state of Oklahoma has tried to strip abortion rights away from perspective mothers, this is simply the first time they have targeted doctors. In fact, the last 8 measures Oklahoma has implemented against abortion rights have all  been challenged and ultimately found unconstitutional in the court system.

It has long been speculated that targeting doctors was the natural evolution of the abortion debate, as one young politician from New Hampshire stated in 2014, ” I understand there is no hope of winning the abortion debate directly targeting women’s rights. Like gun laws, abortion rights will never be taken away from private citizens. This is why I am in favor of going after the doctors who physically perform the abortion rather than that women who chooses to get one. The next evolution of this debate is to make the medical procedure itself illegal for doctors to perform.” This is exactly what Oklahoma has decided to do, for the first time in history in 2016.

This article (Oklahoma Just Made It A Felony To Perform Abortions) is free and open source. You have permission to republish this article using a creative commons license with attribution to the author and AnonHQ.   Join the conversations at www.anonboards.com