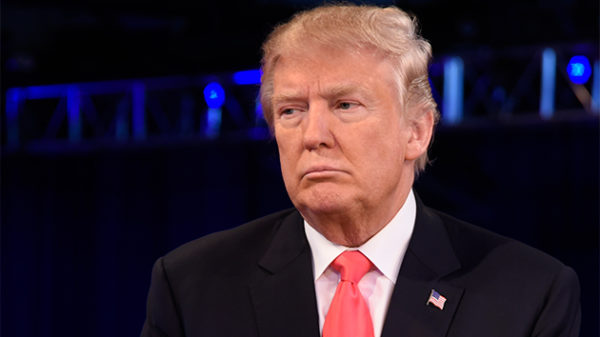 The American commercial broadcaster, American Broadcasting Company (ABC) has revealed in a news article how the presumptive nominee of the Grand Old Party, Donald Trump has deliberately failed to fulfil his tax obligations to the United States.

Trump was a business magnate before entering into politics. He has made huge investments in recreation, real estate, sports and entertainment. Trump’s business ventures and investments are managed by the Trump Organization. As of May 2016, Trump has a net worth of $4.5 billion. In a news article, titled “The Only Time Donald Trump Undersells: Tax Time,” the ABC chronicled how the business magnate has duped the country he wants to lead, by blatantly undervaluing his properties in order to cut his tax down.

The first property mentioned in the article is the Trump National Golf Club, in the small town of Ossining in Westchester County, New York. The golf club has winding streams, stone bridges, a 101-foot waterfall and an expansive clubhouse. It is, indeed, a reflection of a true luxurious lifestyle. It is said Trump wrote on a candidate disclosure form, that the sprawling 147-acre private club bearing his name is worth more than $50 million.

But, according to the ABC, when it came to valuing the property for tax purposes, Trump’s lawyers argued that the property is worth only $1.35 million. The proposed valuation has confused town officials of Ossining. Officials said the new figure would cut Trump’s tax burden by 90 percent, dumping that burden on poor residents. ABC also revealed that in 1986, when Trump purchased one of the most expensive luxury yachts in the world from the Sultan of Brunei, “The Princess,” he used a lease-back arrangement involving an out-of-state company to avoid having to pay $1.75 million in sales tax to the state of New Jersey for the purchase of the yacht.

In the same year, it is said Trump was one of a number of celebrities identified in a New York state investigation into a sales tax dodge by the Bulgari jewelry store on Fifth Avenue. Store officials had been accused of selling expensive items to celebrity customers and then sending an empty box to an out-of-state address so the customers would not have to pay the New York sales tax. News reports from the time said Trump bought a $65,000 item. A former state prosecutor involved in the matter, said Trump and others helped the state build a case against the store, which they considered the more serious violator. Again, the news media revealed that when Trump struck a deal with New York City to build the Grand Hyatt Hotel, it was required that his partnership team return a portion of the hotel profits to the city. But a 1989 audit found that his ownership team “understated its net profit” by more than $5 million, and deprived the city of nearly $3 million in unreported proceeds. The city auditor who reviewed the Grand Hyatt financial books, Karen Burstein, said Trump approved the decision to use different accounting rules to determine the money owed to the city.

“He [Trump] cheated the city of a substantial amount of money. This wasn’t just a good business deal. This wasn’t just business thinking. This was manipulation … It was an example of extraordinary flim-flammery,” Burstein told ABC News in an interview. For town officials in Ossining, they have said they plan to fight Trump’s claim that the private golf club is worth only $1.35 million. They revealed that Trump bought the property for $8 million in a foreclosure sale. He then spent $45 million to build the 18-hole course and 75,000-square-foot clubhouse. Trump also received permits to build six hotel suites on the property, with no increase in his tax assessment.

This article (Breaking: ABC News Fingers Donald Trump in a Massive Tax Evasion Scandal) is a free and open source. You have permission to republish this article under a Creative Commons license with attribution to the author and AnonHQ.com.