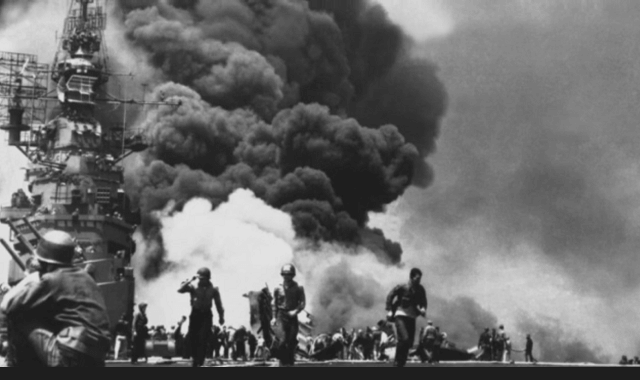 If you were told that the world has become more peaceful than ever, and that you are living in the best of times, would you believe the fact? This amazing video is an answer to those who believe that the world is going to crap, that tens of millions of lives are being cut short by armed conflicts and that World War III is upon us.

An animated data-driven documentary about war and peace, The Fallen of World War II examines the human cost of World War II and the decline in battle deaths in the years since the war. It follows a linear narration, but it allows viewers to pause during key moments to interact with the charts and dig deeper into the numbers.

The 18-minute video is divided into three jaw-dropping sections. The first is an analysis of soldier fatalities by nation, the second deals with civilian deaths, and the third provides an intriguing perspective of World War II in the context of previous conflicts and those that followed.

The video isn’t about individual war stories, or about the soldiers and civilians that died or lived throughout the world war. The video incredibly shows the difference between the world at that time and the one we are living. Remember, the number of deaths worldwide in World War II — at least 60 million, according to the National World War II Museum — have not been seen in any conflict since. Both violence among states and violence within states have diminished dramatically, in the recent decades. Is it that many suicide bombings and terrorist attacks today are taking place as part of intra-state wars, or in countries or regions occupied by foreign forces and therefore, a small number of horrific terrorist attacks do not augur global anarchy? Think, and share it if you believe it can truly make an impact…

This article (The One Video that can Convince You that the World is at Peace) is a free and open source. You have permission to republish this article under a Creative Commons license with attribution to the author and AnonHQ.com.