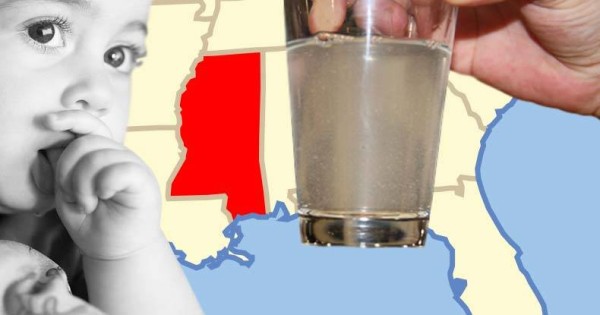 It is gradually becoming difficult to trust the safeness of tap water in the United States. What happened to residents in Flint, Michigan, is a clear example.

In addition to Flint, remember we also reported that 65,000% of radioactive water leaked into the groundwater system at the dilapidated Indian Point Nuclear Plant.

The governor of the state of New York, Andrew Cuomo, ordered an immediate investigation into the issue. However, while that investigation continues to unfold, another water contamination issue has been discovered in another state. NBC News reports that residents of Jackson, Mississippi, are at risk of lead poisoning, just like residents of Flint. Officials in the state recently released a public statement warning pregnant women and young children to avoid drinking, bathing, or cooking with the tap water of Jackson.

According to the Free Thought Project, the Mississippi State Department of Health (MSDH) had tested the tap water in the homes of Jackson residents in June 2015. However, residents never received any notice regarding the safeness of their water until late February 2016.

In the initial test conducted by the MSDH, it was discovered that about 22 percent of tap water tested in the city tested positive for lead above the recommended level. It was also found that at least 13 residences had lead levels as high as 128 parts per billion (ppb), or more than eight times the federal action level of 15 ppb.

It is said MSDH officials never informed residents of this development. They waited until January 2016 to retest the homes again. In the January test, another 100 residences, including the initial 13 that tested positive for actionable levels of lead exposure, were tested. Although the MSDH found that 11 percent of the homes were still exposed to actionable levels, the agency waited until late February to release a statement urging pregnant women and children under the age of six to stop using the city’s tap water.

The MSDH advised pregnant women and young children to begin using bottled water, and warned households to stop using hot tap water for drinking or cooking. The MSDH even added that parents with children under the age of six should contact their child’s pediatrician or primary care provider, to ensure adequate lead screening and blood testing. This has caused many residents of the city to fear for their lives. Residents are facing many difficulties in getting safe and clean water.

The mayor of Jackson, Tony Yarber, has since declared a state of emergency in the city. Mayor Yarber said the city’s water system had corroded, but state authorities did nothing to remove them. This probably caused the contamination that is putting many lives in danger. He was quoted as saying: “This conversation is a national one that Jackson, Mississippi, is right in the middle of, specifically as it relates to what’s happening with urban centers. The issues that we’re talking about today are happening in more frequency in areas that are urban, in areas where there’s been disinvestment, in areas where there’s been flight, in a lot of cases, and in areas where the particular city is blue in the middle of a red state. We really need to look at the politics that are affecting our ability to make safety a priority for our citizens.”

We are closely following events in Jackson. At the moment, residents need clean and safe water to use. If you live around the Jackson area, you can donate some bottled water to residents.

This Article (Water Contamination Alert: Jackson City’s Tap Water Is Now Toxic, Residents Warned Not To Use It) is free and open source. You have permission to republish this article under a Creative Commons license with attribution to the author and AnonHQ.com