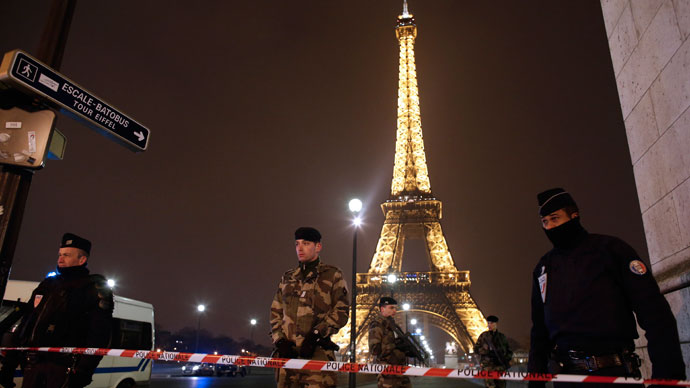 Paris, France – Yet another striking similarity has raised its head with the Paris attacks, 9/11, and the 7/7 atrocity in London’s subway.

Bloomberg have reported a simulated mass shooting attack that mirrored the Paris terror on the day of the attacks. Ambulance crews and hospitals’ emergency departments took part in the drill that included a mock-up of what was to unfold later that day, says emergency room chief, Dr. Mathieu Raux, from the Pitié-Salpetrière hospital in Paris. The Bloomberg reported that:

“During Friday’s exercise, trauma specialists used a centralized dispatch system to set priorities and direct victims to the ER best equipped to treat their injuries. Ambulance services made sure they were ready to roll, and hospitals verified that surgeons and staff could be quickly summoned to treat arriving victims. “We tested every link in the chain,” Raux said. Because Paris emergency physicians work 24-hour shifts, virtually every ER doctor on duty in the city Friday night had already taken part in the exercise earlier that day.”

Though it is said to have prevented more deaths, it does raise interesting questions about prior knowledge of the attacks.

In the event of 9/11, a similar occurrence made headlines when it was discovered that emergency drills for simulated plane attacks were being conducted just days before the Twin Towers fell. The North American Aerospace Defense Command’s (NORAD) training exercise was reported on in Aviation Week, raising similar questions of prior knowledge. “Police completed a terror training exercise, which envisaged an attack on London’s transport network just days before the 7/7 atrocity, an inquest heard today. During the ‘table top’ drill, officers were asked to respond to imaginary bombings at Waterloo, Embankment and St James’s Park Underground stations. But there was absolutely no intelligence at the time to suggest such an attack was imminent, the hearing was told…

Christopher Coltart, barrister for some of the bereaved families, told the inquest the ‘Hanover’ exercise, which took place on July 1 and July 2 2005 and involved officers from the Met’s anti-terror branch, ‘had at its core, an attack on the Underground’.

Asked if it was simply a ‘coincidence’ that this took place just days before 7/7, Mr Allison replied: ‘That’s entirely correct.’”

Three mass terrorist attacks in recent history have proceeded directly after strikingly similar emergency drills in each of the targeted countries. Coincidence?

This Article (Paris Emergency drill on same day as attacks) is a free and open source. You have permission to republish this article under a Creative Commons license with attribution to the author and AnonHQ.com.