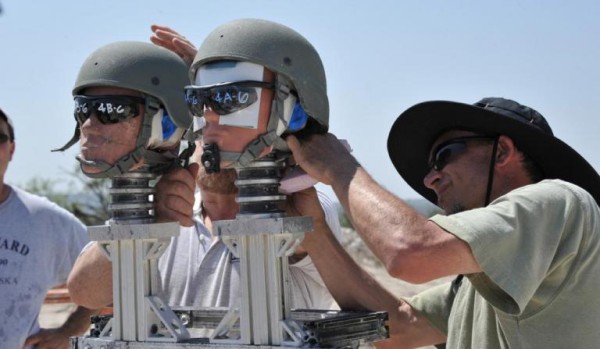 The United States Department of Defense (DOD) held a small exhibition to show off the latest killer robots it has built to Congress and media outlets.

Not just anyone who wanted to was allowed to attend, but those who followed the hashtag “#DoDLabDay” on Twitter were able to get a glimpse of the impending robot apocalypse during the exhibition period, which lasted for only a few hours.

The exhibition was said to be a science fair, but for Pentagon officials it was known as “lab day” — a display of how far the US has advanced in its ability to kill large groups of people in just a few minutes, with the help of these newly built robots.

Does this sound profane to you? Well, that is the reality on the ground. These robots are not human beings with emotions or sympathy. They work according to the instructions they have been programmed with and they do that without fail, unless there is a mechanical failure or something of that sort. The Pentagon promised members of Congress that there will be many more killer robots, and other terrifying technologies, designed to win the wars of the future.

That was how it was summarized but no interviews were granted to the media because according to sources, such military equipment are designed by faceless individual scientists who would never want to be identified.

Future wars are going to be fought without men carrying guns and explosives. All these will be delegated to machines, and because machines are not like human beings, you can be rest assured that it is going to be a mass murder of the human race.

Obviously, it is not only the US who is building these military devices and equipment. Other so-called ‘super nations’ are doing same but we should be careful regarding how we use artificial intelligence (AI) because it is possible for it to turn around and work against us.

Already, Professor Stephen Hawking, one of Britain’s pre-eminent scientists, has said that efforts to create thinking machines pose a threat to our very existence.

He told the BBC, “The development of full artificial intelligence could spell the end of the human race. It would take off on its own and re-design itself at an ever increasing rate. Humans, who are limited by slow biological evolution, couldn’t compete, and would be superseded.”

We believe this statement by Professor Hawking should ring a bell in the ears of various governments. It is said, what profits a man if he has the whole world for himself and loses his life in the end?

We should indeed be careful with the way we want to move our lives forward because it could spell doom for us. We are likely to end up destroying ourselves, judging by our current path.