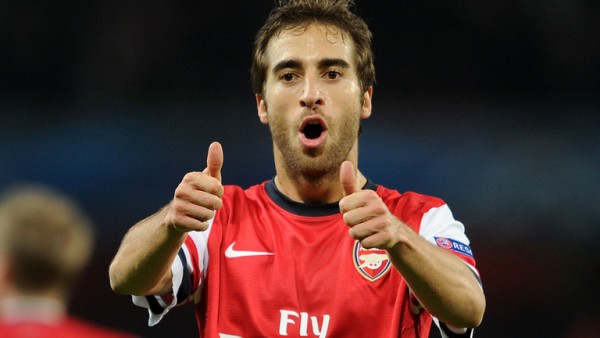 A football player in the English Premier League, has revealed that he co-founded a biochemical company that has started to produce a substance called Levulinic Acid—a substance which has the ability to replace fossil fuels.

In an exclusive interview with the Sun, Mathieu Flamini, a player of Arsenal Football Club, said he kept his investment secret from his family, friends and team-mates, but has decided to make it public now because the company will soon start selling the substance in a commercial quantity.

Flamini was born in Marseille, France. He played for his city club, Marseille before joining the North London club [Arsenal] in 2004. However, he left Arsenal in 2008 to join the Italian giant, AC Milan. He stayed with AC Milan for five years, before finally returning back to Arsenal. In Milan, he met Pasquale Granata, an economics graduate with a keen interest in environmental issues. They became friends thereafter, and decided to set up a venture that would reduce the world’s dependency on fossil fuels.

According to the 31-year-old Central Midfielder, their company is called GF biochemicals. The GF was taken from the initials of Granata and Flamini. The company is located in the city of Caserta, Italy. The city is an important agricultural, commercial and industrial hub.

About 400 people have been employed by the company. Flamini admitted it cost them millions and took years of research, trials, and several major scientific breakthroughs before they were able to produce the Levulinic Acid on an industrial scale. It is the first company in the world to do so. “Yes, we invested a lot of money in this. It was a big risk. But to be successful you take risks. It was a challenge. We employ around 80 people in the plant and we give work in total to about 400 people. We are the first company and the only one in the world to produce Levulinic Acid on an industrial scale. We started production this summer. It comes from wood waste or corn waste etc,” Flamini said.

Researchers have said the Levulinic Acid market is worth more than $30 billion. From bio-fuels, to pharmaceuticals, cosmetics, plastics, food preservatives and countless other applications, the acid could make the two gentlemen very rich.

However, Flamini said the money was not the thing that motivated them to embark on the ambitious project. Their main objective is to make a contribution to solving the current Global Climate Crisis.

“At the start we wanted the name of the company to be Green Futures. For seven years I haven’t mentioned it to anyone. When I moved to Milan in 2008 I met Pasquale, who became a close friend and we always had in mind to do something together. I was always close to nature and concerned about environmental issues, climate change and global warming. He was on the same wavelength. We were looking how we could make a contribution to the problem,” he added. The history of the relatively non-toxic substance dates back to 1840, when the Dutch Professor, G.J. Mulder mentioned it for the first time. He synthesized it by heating fructose with hydrochloride. The former term “levulose” for fructose, gave the Levulinic Acid its name. Although the substance has been well known since the 1870s, a commercially quantity has never been reached.

The final breakthrough came in 2004, when the United States Department of Energy identified it by screening approximately 300 substances. The Department then announced that it is one of the 12 potential platform chemicals that could replace fossil fuels.

This Article (Player Reveals A Biochemical Company That Could Produce A Substance In Commercial Quantity To Replace Fossil Fuels) is free and open source. You have permission to republish this article under a Creative Commons license with attribution to the author and AnonHQ.com