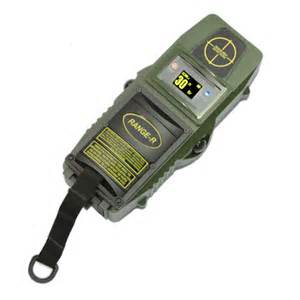 Police can now See Inside Your Home! “The Fourth Amendment (Amendment IV) to the United States Constitution is the part of the Bill of Rights that prohibits unreasonable searches and seizures and requires any warrant to be judicially sanctioned and supported by probably cause.” – The Fourth Amendment (James Madison 1789)
It is scary enough that hackers and law enforcements has the power to spy on you from your computer, but law enforcements are taking the spying game a bit too far! Now law enforcement agencies from all over the world are utilizing radar devices for years. But now, thanks to advancing technology, special officers are able to actual detect and visually see the movement from inside your home while they stand outside of the wall, while you remain completely oblivious to their presence.
If that is not scary enough, with the help from this new technology, a warrant to use the radar is not needed. As a warrant is not needed to use it, anyone is able to get their hands on the radar and “Peak” inside of your home.
We can see over the past 2 years, this radar is being put to use by dozens of law enforcement agencies and is not to be considered as a theory for future technology.
With over 50 U.S. law enforcement’s already using this radar secretly, Civil Liberty Activists as well as general public are noticing the practice. Our government is starting to raise suspicion and concerns about their complete extent of utilizing security their surveillance measures on homes.
The FBI and our U.S. Marshals Service has confirmed that they have been able to utilize the radar surveillance system without warrants provided. This is contradicting the U.S. Supreme Court in which ruled that any law enforcement may not use any technology devices in which would allow the Law Enforcement to observe the interior of any private home without the correct procedures of obtaining a warrant.
This new radar is able to detect human movement by using radio waves in which bounce from a human and off other objects and send it back to the device, much like that of a common Bat. This device is so powerful, it is able to detect a human providing a simple breath from over 50 feet away. The device in which I keep talking about is known as “RANGE-R”. The RANGE-R is a small handheld radar which is developed by L-3 Communications VPC. This high-powered device works by using 3 antennas. The first two antennas are facing the wall of the home. One of these two antennas are a transmitter while the other is a receiver. These two antennas work with each other to provide the most accurate motion detection possible. The third antenna is then sent to the operator in which is able to visually see what is on the other side of the wall.
The law enforcements are proclaiming this technology allows them to see what is going on inside a home before a raid. This is aimed to help lower the harming of police as they can better prepare for an intrusion. This radar also allows the officers to see the slightest movement from a person from 50 feet away, even threw brick and concrete.
The leaking of the knowledge of this new technology came to the public just last December as Denver police officers utilized this radar to infiltrate a person in which was under suspicion of violation of parole.
More surprisingly than you would expect, the U.S. Marshals Services has been in fact utilizing this technology illegally and has spent over $180,000 since the year 2012. The company in which makes and provides this technology has sold over 200 of these devices to over 50 Law Enforcement agencies, at an alarming rate of about $6,000 each.
The RANGE-R is able to pick up human detection from just over 50 feet away. This is a perfect distance for putting the RANGE-R on a drone and flying around the suspect’s premises. This provides a more safe way for our law enforcements to obtain a better knowledge of the grounds subject for penetration, but at what cost? The cost of our Fourth Amendment.
Even if the law officials do obtain the correct warrant’s to use this technology, it is not like the suspects are going to know about it until the officers break ground.
This ground breaking technology has a 95% probability rate of detecting a normal human breathing through reinforced concrete, cement block, wood, brick, adobe, and glass. Basically anything non-metallic related, RANGE-R will be able to see right through it.
When the officer, or operator, of this device they simply hold it against the wall and simultaneously press buttons on the sensors two sides. In return, 3 seconds later, the operator will receive a “Range-To-Target” as well as the status of the target. Status is indicated using Abbreviations such as (MOV) for a moving target, and (BR) for a breathing target. Do you feel safe knowing that now the government can spy on you from your computer, air, ground, and now thermal radar?
Didn’t think so.
It seems that no one is safe from the governments “experiments” and we will continue to see their technology grow and violate our amendments.

This Article (Police can now See Inside Your Home!) is free and open source. You have permission to republish this article under a Creative Commons license with attribution to the author and AnonHQ.com.