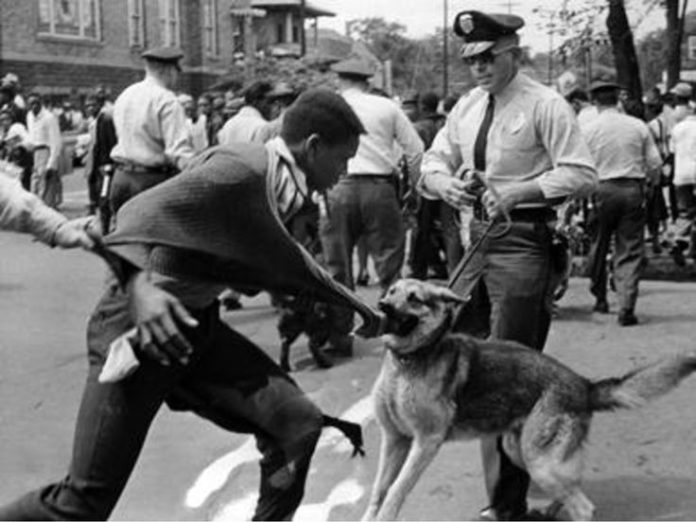 Last month, the largest police union, the International Association of Chiefs of Police issued a statement fundamentally apologizing for what it calls “historical mistreatment of communities of color.” The statement comes at a time when tension between police and the community is at an all-time high. The blatant and ongoing mistreatment of the black community primarily has sparked global movements against police violence, notably the Black Lives Matter movement. While the statement is important in today’s context, it does little to curb the violence directed toward minorities that will continue to persist. The statement was delivered by IACP President Terrence M Cunningham, at their annual conference in San Diego California. He made a brave speech, yet his words fell short. However, the address is a step in the right direction for law enforcement. To take responsibility for their actions is paramount, however Cunningham, like in many other apologetic speeches, continued to shift blame to the past while denying today’s officer role was in crisis. Cunningham speaks heavily of the sacrifices made by police officers of yesterday. He then speaks of how they committed horrible injustices, but of course, it wasn’t their fault. “There have been times when law enforcement officers, because of the laws enacted by federal, state, and local governments, have been the face of oppression for far too many of our fellow citizens. In the past, the laws adopted by our society have required police officers to perform many unpalatable tasks, such as ensuring legalized discrimination or even denying the basic rights of citizenship to many of our fellow Americans.” On the surface, the statement appears to be a genuine apology, but once the police-speak has been decoded, it reveals nothing more than another police apologist attempting to rewrite the narrative. “While this is no longer the case, this dark side of our shared history has created a multigenerational—almost inherited—mistrust between many communities of color and their law enforcement agencies.” Here, Cunningham is attempting to claim that the lack of trust in police is something handed down from remnants of the past. The truth is, the current wave of police violence is a completely new phenomenon independent of past atrocities committed. At no time does this ‘apology’ make mention of any of the crimes committed by today’s police, and continues to pretend our animosity is a result of years past. “While we obviously cannot change the past, it is clear that we must change the future …We must forge a path that allows us to move beyond our history… For our part, the first step in this process is for law enforcement and the IACP to acknowledge and apologize for the actions of the past and the role that our profession has played in society’s historical mistreatment of communities of color.”

It is clear that while this statement appears to be a step forward for law enforcement, it really is just more of the same. It makes no mention of policing for profit schemes, or racial institutional bias or the outright murder of unarmed black men, which is a seemingly weekly occurrence in the United States. It did little but attempt to shift the blame to police practices of the past and even tried to portray them as innocent victims of poor public policy. The lack of understanding by today’s police leaders is evident in this address to communities of color. This appears to be little more than an attempt to calm the public and portray a false sense of progress, while police continue their war against the world.

Alicia Garza, a co-founder of the Black Lives Matter movement, told ThinkProgress that the statement didn’t go far enough. “If the last three years has shown us anything, it’s that these deplorable actions are still happening today. Black people are dying at the hands of police at the rate of one every 28 hours.”

It isn’t hard to see through police pandering, which is exactly what this ‘apology’ is. Until law enforcement realizes that the problems we face lie solely with their internal practices, training and failure to discipline, we will never see a real change.

This article (Police Union Issues ‘Apology’ to Communities of Color for Historic Mistreatment, Fails to Address Key Issues) is a free and open source. You have permission to republish this article under a Creative Commons license with attribution to the author and AnonHQ.com.