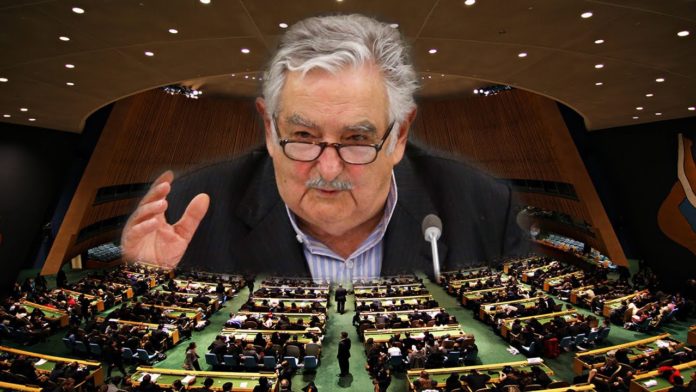 Politicans nowadays can learn a thing or two from Jose Mujica.

From 2010 to 2015, Jose ”Pepe” Mujica served as the President of Uruguay, earning the billing of being the world’s most humble president and its poorest one at that. Mujica merited the recognition for his exceptional acts of charity – one that includes donating 90% of his US$12,000 monthly income as head of the state. The former leader takes great pride in allowing his people to easily relate to him, so much so that he, more often than not, opted to go for casual clothes instead of the fancy suit and tie that politicians usually go for during his time as the chief of the Uruguayan government.

And as one would expect, Mujica was beloved because of it. But the adoration that the former President was able to get doesn’t only stem from his charitable disposition or his choice of wardrobe. The former leader’s stance on how politics is for the poor and how the wealthy should be out of it is one of the main reasons why he is respected so much by his constituents. As far as he’s concerned, people who love money too much are dangerous in the political arena, which is why he feels that the rich should have no place in politics.

”I’m not against people who have money, who like money, who go crazy for money,” former President Jose Mujica said in an interview. ”But in politics we have to separate them. We have to run people who love money too much out of politics, they’re a danger in politics. People who love money should dedicate themselves to industry, to commerce, to multiply wealth. But politics is the struggle for the happiness of all.”

Jose Mujica believes that rich politicians can’t be good representatives of the majority in today’s society where the poor easily outnumber the rich. When asked to elaborate, Mujica said that the rich ”tend to view the world through their perspective, which is the perspective of money.” He adds, ”Even when operating with good intentions, the perspective they have of the world, of life, of their decisions, is informed by wealth.”

”If we live in a world where the majority is supposed to govern, we have to try to root our perspective in that of the majority, not the minority.”

Speaking at a recent news conference to come out against the efforts to oust Brazilian President Dilma Rousseff, Jose Mujica reiterated his stance on how politics should be once again, saying that ”if politics are the expression of the majority, it has to live like the majority.”

Mujica’s words come after the coup against now former Brazilian president Dilma Rousseff – a coup that some believe Brazil’s elites organized, led to the South American nation having an all-white, all-male cabinet that, from the way things look, only plan to be beneficial to the upper class. Rouseff’s re-election back in 2014 marked the fourth straight victory for the Workers Party, a left-wing political party that engineered Brazil’s most progressive social and political achievements. But ever since Vice President Michel Temer has taken over, everything changed as hostility towards social movements has been felt instead.

For Mujica, ”politics aren’t for making money,” and the situation in Brazil explains why.

Do you believe that the rich should have no place in politics? Let us know in the comments below and share this news.

This article (Politics Is Not For The Rich, Says Former Uruguayan President Jose Mujica) is free and open source. You have permission to republish this article under a Creative Commons license with attribution to the author and TrueActivist.com.