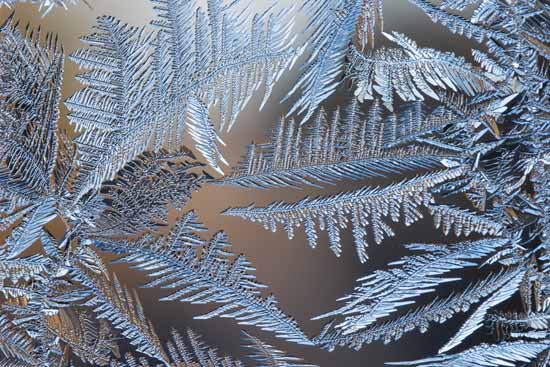 In the city of Los Angeles, Ca., bottled water was prepared for a double-blind study that would involve 2000 participants in Tokyo, 5,000 miles away. It was conducted with early, astounding results. The double-blind study conducted on ice crystals under the hypothesis that positive thinking can influence structure, has unveiled some potentially remarkable results. [1]

The theory behind this study and others over four decades, influencing the properties of water, is based in alternative medicine given the body compromises of approximately 70% water. In this particular study, water that was under the intentions of the group, produced symmetric, aesthetically pleasing crystals, while the control group produced poorly formed ones. This supports the hypothesis that alternative medicine therapies involving intention, can have a positive affect over the body. The Tokyo group of approximately 2000 people focused their “positive intentions” toward samples of water which were electromagnetically shielded in a room. Using a prayer of gratitude, they focused on the bottled water – on digital images sent from California – aiming their positive intentions. Other control water samples that the group were unaware of, were set aside in a separate location. Ice crystals formed in both samples, and were later photographed by an analyst. The images were then assessed by independent judges on aesthetics. As the overall result from the blindly identified samples, the ‘treated’ water appeared to have a higher aesthetic appeal than that of the control water. To rule out any possibility of contamination of the results, the photographer taking the analytical images of the crystals was blind to both the treatment versus control conditions.

Biases have been taken into consideration about the possibilities of several instances of contamination of the study, from photography training to the types of bottle used to house the water, but most are effectively ruled out in the discussion of the report. One remains that “space conditioning effects” of the “ambient electromagnetic radiation” may have the potential to play a part in the outcomes. Needless to say, the question of influence remains until more studies are concluded in this field.

Though other studies have been conducted over time in the attempt to establish a relationship between precognition or retroactive influence and noticeable action (in this study, ice crystal formation), the “unconventional explanations” that have arisen from this study have provided a foundation to explore this hypothesis further, and with more variables. Those responsible for this study in question have also suggested that more investigation is warranted, both to eliminate any possible bias, and to explore these unconventional explanations. [2]