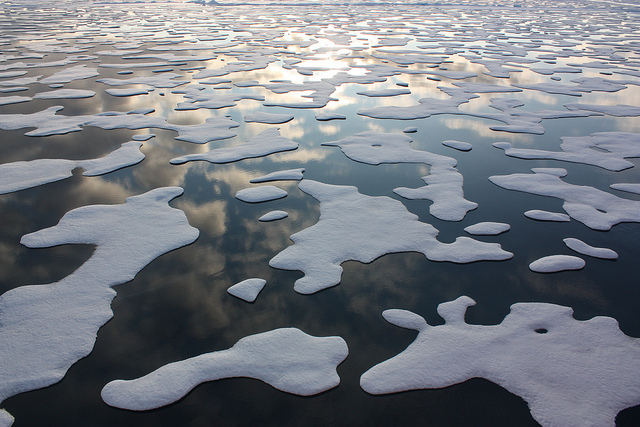 The news of the ban is a welcome victory for environmentalists, who have taken a firm stance against oil drilling and its potential environmental impact on the oceans and its wildlife. Earlier this year, nearly 400 scientists signed a letter to the president, urging him to eliminate the possibility of Arctic offshore drilling.

“This is excellent news for our oceans, from the Arctic to the Atlantic,” said Jacqueline Savitz, deputy vice president for U.S. campaigns of Oceana, an international advocacy group.

The five-year-long program will temporarily end exploration in the Chukchi and Beaufort Seas off the Alaskan coast. In addition, the plan will limit development in the Cook Inlet, located off south-central Alaska. Drilling will still be permitted in the Gulf of Mexico, which is home to 10 of the 11 lease sales proposed in the five-year plan.

“The plan focuses on lease sales in the best places – those with highest resource potential, lowest conflict, and established infrastructure – and removes regions that are simply not right to lease,” Interior Secretary Sally Jewell said in a statement.

“Given the unique and challenging Arctic environment and industry’s declining interest in the area, forgoing lease sales in the Arctic is the right path forward,” Interior Secretary Sally Jewell said, as reported by the Los Angeles Times.

Within a week of the announcement of the ban, it was revealed that President-elect Donald Trump plans to withdraw funding used to observe Earth’s climate change. Bob Walker, a senior Trump campaign adviser, told the Guardian in an interview that Trump will strip NASA’s Earth science division funding in favor of exploration of deep space.

Although Trump’s stance on environmental issues has been open to change since the presidential election, it appears the tycoon’s focus will remain faithful to the pro-fossil fuels and deregulation agenda that was one of the primary components of his campaign. Trump, who had previously admitted that he believed climate change is a “hoax,” has since said that there is “some connectivity” between human actions and the climate.

The Arctic drilling ban introduced by the Obama Administration can be overturned by Donald Trump, however, the reversal cannot legally be achieved straight away. According to sources, the process to overturn the ban will take several years.

This article (President Obama Bans Offshore Drilling in The Arctic) is a free and open source. You have permission to republish this article under a Creative Commons license with attribution to the author and AnonHQ.com.