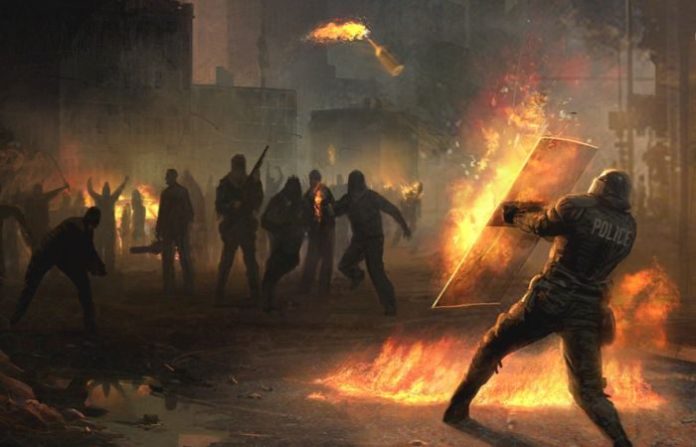 In fact, the day Trump announced his candidature at his Towers, a news outlet in New York City sent an internship reporter to cover the event instead of an experienced one. The outlet thought Trump was unable to make any impact, and therefore saw no need to place prominence on his press conference. Even when Trump won the nomination of his party, the media and pollsters gave him no chance of beating Hillary Clinton. Fast-forward to 2017 and today Trump is the president of the United States. According to Western observers, Trump is now the most powerful person on Earth. This event indeed proves that the world has become uncertain.

Not only with the Trump example – even before the victory of Trump –  the United Kingdom shockingly voted to leave the European Union. Since the election of Trump, the European Union has also witnessed a surge in right-wing politics – something almost unheard of.

A professor at the University of Connecticut, United States, is raising the red flag by aggregating these recent events over this short period of time. Professor Peter Turchin studies ecology and mathematics, and is known for developing the academic discipline, Cliodynamics. Cliodynamics is a transdisciplinary area of research in academia that deals with the intersection of historical macro-sociology, economic history and mathematical modeling of long-term social processes. The objective of the discipline is to understand why things change with time.

Turchin has written about the subject for some time, but three years ago he started work on predicting the future. According to Professor Turchin, the United States society is likely to collapse soon, predicting it to occur in the 2020s. Turchin says a series of instabilities would rock the United States, and claims would come as a result of political turmoil, which would shake the American society to its core. “We should expect many years of political turmoil, peaking in the 2020s,” Turchin predicts.

Professor Turchin believes negative trends seem to be accelerating, and that in three years, the path to instability will seem unavoidable for the United States. However, he clarifies that Trump’s presidential election neither accelerates nor decelerates the process, but was simply a predicted aspect of his theory. Professor Turchin uses the 2016 presidential election as a classical example, explaining that the Republican Party has shattered into different factions, consisting of Traditional Republicans, Tea Party Republicans, and Trump Populists. According to him, the same applies to the Democratic Party, with the divide between Democratic Socialists and Establishment Democrats.

Apart from this, another factor possibly playing a role in the instability is the fast-weakening fiscal health of the American nation because of personal incomes falling while living expenses rise. This has resulted in stagnation, or even deterioration of the quality of life among the middle and the lower classes in the country.

Turchin says Trump’s election campaign message of reducing taxes would not save the situation. “Drastically reducing taxes on wealthy Americans will hardly strengthen the fiscal health of the state,” he writes. He concludes by offering suggestions to avert the impending doom. Turchin proposes an open discussion of problems and potential solutions. He also cites the need for better science, saying that a nonpolitical, nonpartisan institute should be set up to address these issues from a scientific standpoint. These, if implemented, Turchin believes, could mitigate the impending doom.

This article (Professor of Cliodynamics Predicts Imminent Collapse of American Society) is a free and open source. You have permission to republish this article under a Creative Commons license with attribution to the author and AnonHQ.com.