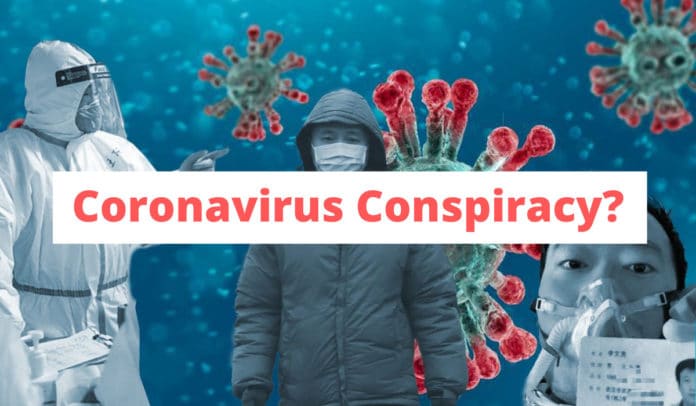 One of the most effective tools in the arsenal of any MSM hack is to brand information questioning or contradicting the official narrative as a dangerous ‘conspiracy theory’. Keep in mind, many of the same writers who accused Zero Hedge of promoting ‘conspiracy theories’ about a possible connection between the novel coronavirus and a nearby bioweapons lab – contributing to a permanent suspension from Twitter, a social media org which purports to be a ‘marketplace of ideas’ free of political bias – shamelessly promoted the false ‘Trump-Russia’ conspiracy for years.

Buzzfeed was one of the most notorious publishers of Trump ‘Piss Tape’ fictions in a transparent play for clicks. But was that a ‘conspiracy theory’, too? We’ve yet to hear an answer. 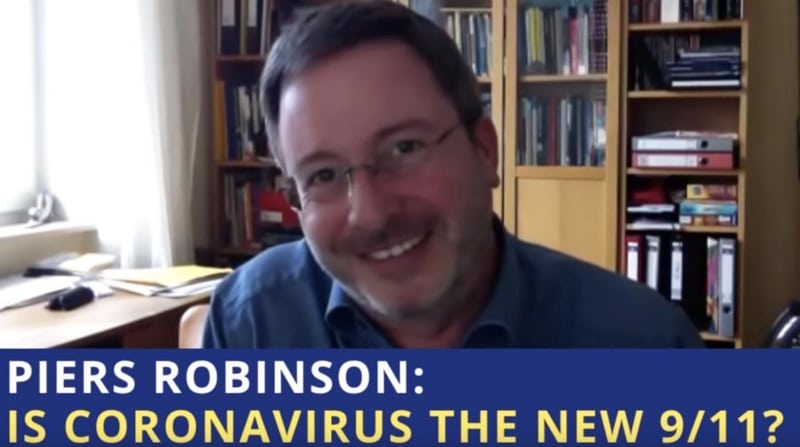 But by far the most sensitive topic for contemporary ‘conspiracy theories’ is the novel coronavirus and its origins. As researchers and scientists bandy about ideas and test out different theories, many in the British press apparently now see these activities as threats to the public welfare, and are now moving to ‘name and shame’ academics accused of promoting ‘conspiracy theories’ – lest they poison the minds of the next generation of Britons.

The Times of London reports that “prominent British academics” have been “promoting” dangerous conspiracy theories via their social media accounts, where several professors have been accused of sharing content suggesting that the virus was developed as a bioweapon, or that various parties, from the WEF to Bill Gates, are trying to exploit the situation for their own gain.

Again, those sound more like ‘criticisms’ to us, but we digress…

Anyway, the rogue academics discussed in the report include Tim Hayward, a professor of environmental political theory at the University of Edinburgh, and Piers Robinson, co-founder of the Organisation for Propaganda Studies – referred to as the ‘OPS’ throughout the story –  which is apparently affiliated with the University of Bristol (It uses a UoB address). Another academic mentioned is Mark Crispin Miller, a professor at NYU who has written that the coronavirus “may be an artificially created bioweapon.”

Via their social media accounts, these three men, and affiliates mentioned in the story who are part of their academic networks, have shared conspiracies including suggesting that the virus was engineered in a bioweapons lab, claiming that the WEF, Bill Gates and other members of the global ‘elite’ are trying to manipulate the situation for private gain.

At one point, Dr. Robinson, who has 12,000 followers on Twitter, according to the Times (we didn’t check because we don’t really care), retweeted the blogger Vanessa Beeley, who claimed that Gates had links to Imperial College – the researchers whose initial extremely dire projections inspired HMG to act – and questioned: “Is UK government working for Bill Gates?”

Meanwhile, as officials in the US dramatically revise down their projections, and the State of New York, after insisting for days that it wouldn’t have enough ventilators and that President Trump would have blood on his hands, says it will have enough for ‘the peak’, one professor questioned the ‘hype’ surrounding the public’s response.

The OPS tweeted a YouTube interview last week headlined “Is Coronavirus The New 9/11?”, where Dr Robinson said it was now obvious the official story of the World Trade Centre attacks was incorrect. “The question is who was involved in influencing, arranging, and which states, including from within the US political system. And if that’s the case with 9/11 it’s perfectly possible that there are actors at play in relation to this. Some people have talked about bioweapons.”

He described Covid-19 as “a low fatality virus . . . There’s no indication that it’s significantly different from what we see with major flu outbreaks every year,” but “propagandistic information” had created “so much hype around it, there is so much fear.”

In many liberal circles today, questioning the wisdom of extended lockdowns in the West is a cardinal sin, and might even get one accused of spreading dangerous lives, or putting money before grandma. Of course, as many have explained, the issue is far more complex than all that.

But these academics involvement with ‘conspiracy theories’ and ‘propaganda’ stretches back to before the virus’s emergence late last year. The Times claimed that Professor Hayward, Dr Robinson, Professor David Miller and Ms Beeley are all members of an academic working group on Syria that was challenging western claims that President Assad used chemical weapons on his own people.

So…that’s what this is really about.

Because these academics had the temerity to question dubious reports about atrocities committed by Assad (doubts that in many cases were shared by some in the Western Press), they made themselves targets of the official narrative police. The group has also spread ‘conspiracy theories’ about undisclosed government involvement in 9/11, and the UN ‘White Helmets’ working in Syria had committed mass murder to try and frame Assad.

To be sure, it’s not that we believe every single one of these theories. But as one professor explained in a statement to the Times, we’re currently living through an unprecedented situation, and to really grasp what is happening, people need to question official narratives (remember when several governors and others assured the American public toilet paper would be back in stock within days?) embrace outside-the-box thinking, and accept that, if this crisis has taught us anything, it’s that the public’s perception of the truth has been very much in flux, and that the truth is often more complicated than it seems, or what the media would like consumers to believe. Scientists and researchers are constantly learning new things about the virus, and initial conclusions on the virus’s characteristics and what constitutes an effective deterrent have been revised, sometimes repeatedly.

As for suspicions about bioweapons, the circumstances surrounding the virus’s emergence remain very much a mystery to the West – we only know what Beijing has told us. Meanwhile, as these reporters occupy themselves pilloring academics whose reach, in reality, is marginal at best, the UK is reporting about 1k deaths a day. 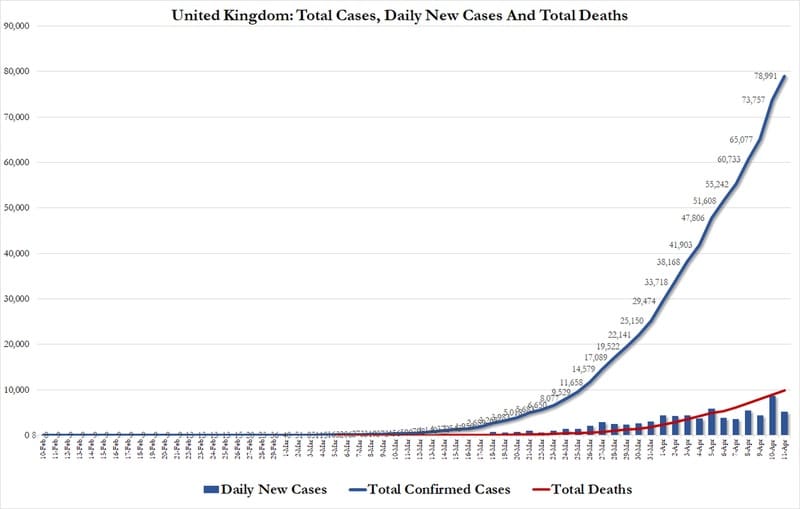 As Professor Hayward explained to The Times, “the implications of the virus’s effects and the policy response to it on economy, culture, society, order and every aspect of life in the UK require people to have greater access to information, not less. If I retweet interesting tweets by an influential public figure, I think it is up to other people what they make of it. If controversial ideas are not discussed, mistakes cannot be revealed.”