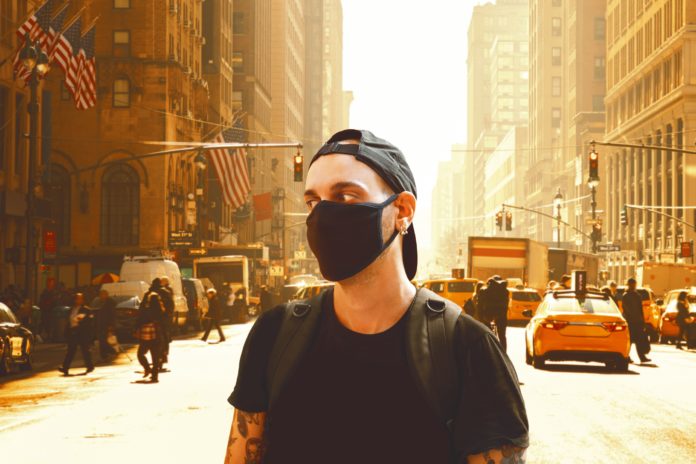 “Good Friday” was actually pretty grim for front-line health-care workers battling the virus in the US.

As the case total in the country passed half a million, the daily death toll at last count had passed 2,000, leaving Friday’s count on track to be the largest single-day jump in deaths yet.

Here are a few other tidbits from the last couple of hours:

Brazil becomes the first country in the southern hemisphere to report more than 1,000 deaths from coronavirus as the country reported 99 deaths and 1,462 new cases on Friday. Earlier in the week, a 15-year-old from the Yamomami Tribe, a people who live deep in the Amazon and are almost untouched by civilization, died of the virus.

As outbreaks in dozens of prisons managed by the federal BoP worsen, the new total for confirmed cases was 318 federal inmates and 163 employees have tested positive for coronavirus.

As the battle over oil production cuts continues, Mexico reportsed 403 new cases of the virus and 39 new deaths, for a total of 3,844 cases and 233 deaths.

The number of confirmed COVID-19-linked deaths around the world has surpassed 100k, according to Johns Hopkins University. 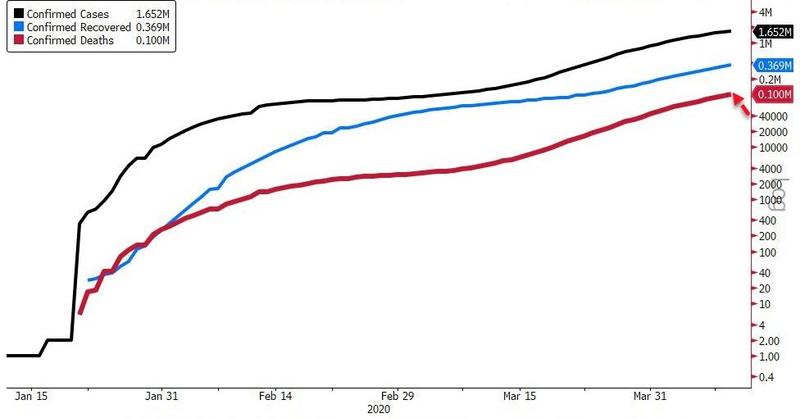 The milestone as reached shortly after JHU reported the number of confirmed cured cases had topped 300k. 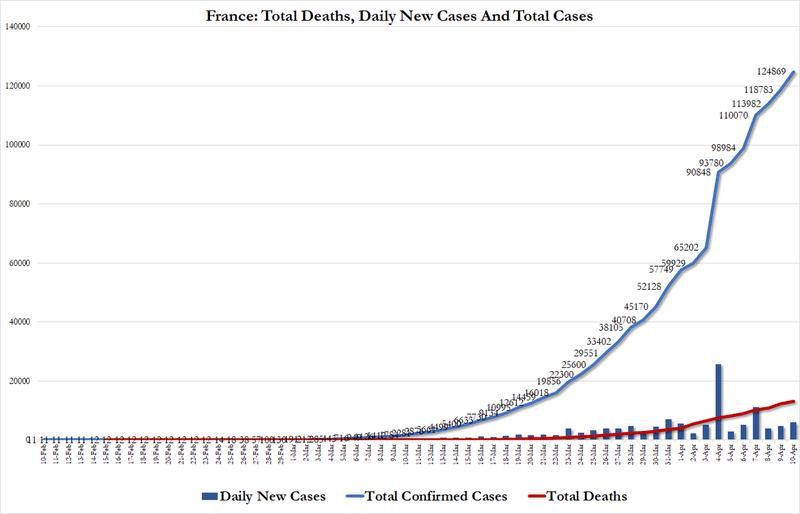 Angelo Borelli, the head of Italy’s Civil Protection Service, had some more good news to share with Italians during Friday’s press conference.

The trend of new cases and deaths continued to decline, he said, though the government was still moving ahead with extending the nationwide lockdown until May 3.

That total infections climbed by 3,951 over the last 24 hours, while deaths climbed by 570 to 18,849 as new fatalities continued to slow.