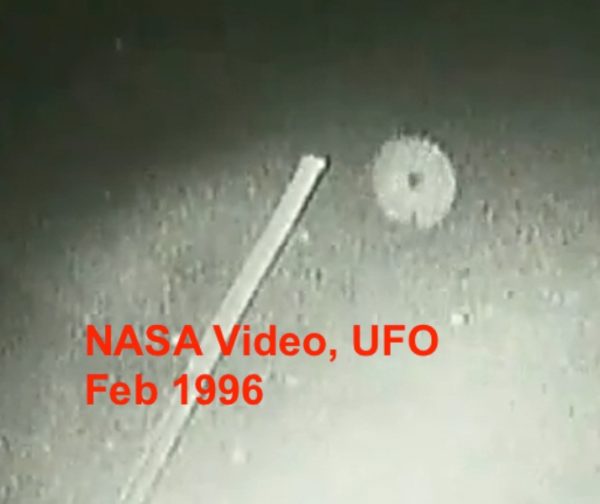 Extraterrestrial life, commonly referred to as alien life, is the life that does not originate from the Earth. Some cosmologists believe alien life ranges from simple bacteria-like organisms to civilizations, which are far more advanced than that of human beings. Some exobiologists also suspect that alien life exists. In addition, other scientists, government officials, and military personnel have all spoken out about alien life.

Airline pilots have also told stories of how they have seen Unidentified Flying Objects (UFOs) while airborne. In Leslie Kean’s book titled ‘UFOs: Generals, Pilots, and Government Officials Go on the Record’, she documented accounts of these people. One such account was given by Neil Daniels, a United Airlines captain for thirty-five years, with more than 30,000 hours of flying time and an Air Force Distinguished Flying Cross.

Daniels and his co pilot were flying from San Francisco to Boston, when they observed a “brilliant, brilliant light off the wing tip,” about 1,000 yards away from their United DC-io aircraft. They were flying on autopilot when they saw the object. Moment later, the passenger plane was forced into an un-commanded left turn, apparently pulled by the object’s magnetic interference, prompting Boston Center to ask, “United 94, where are you going?”

Captain Daniels replied “Well, let me figure this out. I’ll let you know.” Daniels said they then noticed that their three compasses were all reading different headings, and at that point they deliberately uncoupled the autopilot and flew the airplane manually. The powerful light followed along with the aircraft at the same altitude for several minutes, then took off rapidly and disappeared. There are similar accounts in the book.

However, apart from these accounts, a prominent Physicist, Dr John Brandenburg who worked for NASA before adding his voice to the alien life is real argument. For record’s sake, Dr Brandenburg has a PhD in Plasma Physics. He is also a consultant at Morningstar Applied Physics LLC and a part-time instructor of Astronomy, Physics, and Mathematics at Madison College. Dr Brandenburg was involved in NASA’s Clementine Mission to the Moon, which was a joint space project with the Ballistic Missile Defense Organization for research on the moon.

According to Dr Brandenburg, during the Clementine Mission, many things were discovered that have been classified, making it impossible for him to talk about publicly. However, there is one thing that he is free to talk about. Brandenburg described what he saw during the NASA project:

“It was (the Clementine Mission) a photo reconnaissance mission basically to check out if someone was building bases on the moon that we didn’t know about. Were they expanding them? Of all the pictures I’ve seen from the moon that show possible structures, the most impressive is an image of a mile wide recto-linear structure. This looked unmistakably artificial, and it shouldn’t be there. As somebody in the space defense community, I look on any such structure on the moon with great concern because it isn’t ours, there’s no way we could have built such a thing. It means someone else is up there.”

This chilling account given by Dr Brandenburg has made observers describe it as a “substantial evidence” of alien life present in our solar system. Dr Brandenburg also revealed that when the Clementine Mission was completed, the images taken from the moon were analyzed by an elite department team with the highest security clearance. He said when some of them wanted to probe the pictures further, they were denied the opportunity, but many of the scientists involved in the project realized that alien life is real, despite the attempted cover up by NASA officials.

“They basically kept to themselves and just did their work, and we were told not to interfere with them. We were aware there was a possibility of an unknown presence, possibly alien/extraterrestrial near the Earth,”Dr  Brandenburg added.

According to Rise Earth, apart from Dr Brandenburg, many scientists and academics have also spoken about Alien life and UFOs. It is said Theodor C. Loder III, PhD, Professor Emeritus of Earth Sciences, University of New Hampshire once said: “Intelligent beings from other star systems have been and are visiting our planet Earth. They are variously referred to as Visitors, Others, Star People, ETs, etc.” Former NASA Astronaut and Princeton physics professor, Dr Brian O’Leary also has said in the past: “There is abundant evidence that we are being contacted, that civilizations have been visiting us for a very long time”.

We acknowledge that we sourced the article from Rise Earth. For journal reference, you can check from the following links below:

The Clementine mission – A IO-year perspective

This article (Prominent United States Defense Physicist Admits There are Alien Structures on the Moon) is a free and open source. You have permission to republish this article under a Creative Commons license with attribution to the author and AnonHQ.com.