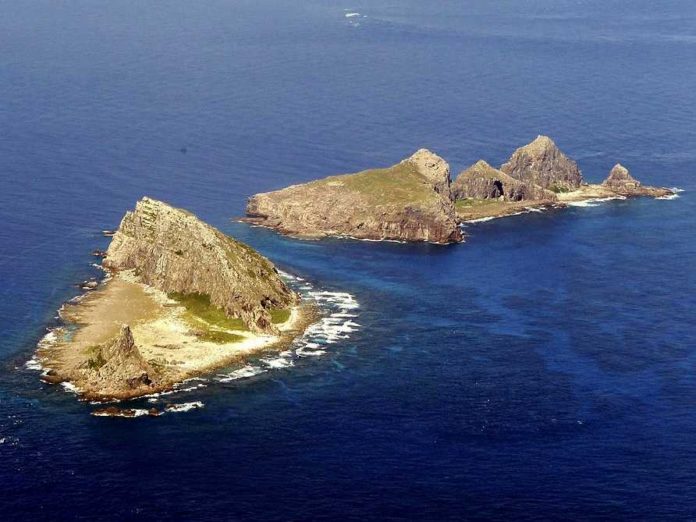 The US is everywhere provoking everyone it seems. After bombing hospitals  while simultaneously accusing Russia of atrocities that it cannot prove, because attacking ISIS and Al Qaeda is now considered evil … now the US is deciding whether  to send some ships over to the disputed islands claimed by China.

China has replied by stating that it would not allow never allow any country to violate China’s territorial waters and airspace.

Why on Earth are two Super Powers squabbling over a few rocks in the sea though?

These islands would grant China/ whoever who owns them access to abundant natural resources- this seems to be the most obvious answer, and it is the one that the mainstream media most often cites. China is hungwy, China needs moar food, China needs moar oil. Forget about the fact that China is facing a steep population decline, thanks to the population crash that will occur thanks to its own One Child Policy; its population is already only growing at 0.5%, below the US’s 0.74% and India’s 1.21%, rendering this point almost moot.

From the perspective of the Chinese, this gain in territory holds more than just fish and oil, however; It also allows them a far larger buffer-zone through which the US Navy has to navigate before reaching headland; something which the US itself already has between itself and all of its major rivals- two oceans on either side.

The Canadians and the Mexicans are hardly of any threat to the US, but the Monroe doctrine explicitly solidifies US security within the landmass of the Americas, preventing foreign powers from interfering with any of its neighboring countries.

China is obviously pretty envious of the strategic position the US has gotten for itself; two oceans and neighbors who are free of foreign influence. China’s own neighbors are NOT free of American influence, on the other hand: India, South Korea, Japan, Taiwan are to varying degrees American “allies”. It must be pretty nerve-wrecking knowing that the US could float its entire arsenal right up to its doorstep. A similar response against America would be quite impossible…

Imagine if China decided to declare that all its neighbors should ALSO be free of “foreign” influence? Well, that’s the disputed islands in a nutshell- the first stage of an attempt at preventing the US from sailing its naval ships or flying its planes through what is currently considered an international waterway- while allowing Chinese ships and submarines greater range to possibly suppress its neighbors, and reduce Western influence in Asia, much as the US has been doing already with its Monroe Doctrine. By preventing US support and interference, it hopes that its neighbors throughout Asia would suddenly see China as a more logical partner.

China will also be able protect its sea trade-route, a source for most of its prosperity, though it is actively reviving its  Silk Road land trade-route so that it has alternatives.

The US does not want to lose its influence in Asia, it does not want to be prevented from being able to quickly respond to any Chinese action and it does not want China to accrue more power than it already has. Thus, it has no incentive whatsoever to let the Chinese carry on. It will likely sail its ships through the disputed waters, as it sends its planes to Syria… where Russia too is trying desperately to secure one of its few-remaining allies, having already lost Ukraine, which it borders.

The US does have its own frictions on its borders; it has to worry about Scary Mexican gangsters and Canadian Maple Syrup competition. Don’t laugh; US-made high-fructose GMO corn-syrups would be a thing of the past if the Canadians figured out how to grow more Maple trees.

The theaters of war have already been set up. All that remains is for the actors to play the roles.

This Article (The Real Reason China Wants The Disputed Islands) is free and open source. You have permission to republish this article under a Creative Commons license with attribution to the author(CoNN) and AnonHQ.com.