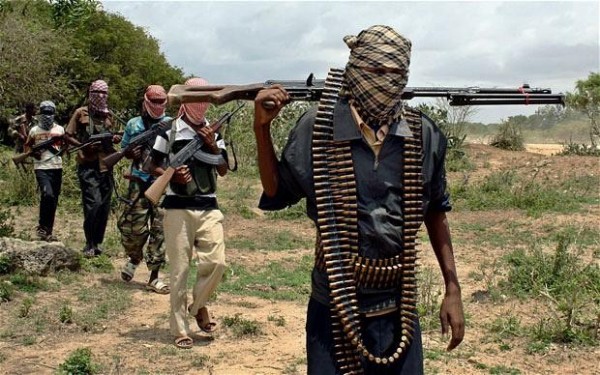 A group of Muslims traveling on a bus with Christians, refused to split into groups after they were ambushed by a militant group known as al-Shabab.

Kenya and Somalia share territorial borders, and al-Shabab militants have vowed to continue to attack Kenyan citizens, especially non-Muslims, in retaliation to the Kenyan government military intervention in Somalia. Kenya’s intervention in Southern Somalia was prompted by the depredations of the al-Qaida-linked militants of the hardline al-Shabab Islamist militia.

The bus was said to be travelling from the capital, Nairobi to the northeastern town of Mandera, close to the border with Somalia and Ethiopia. The incident happened in the village of El Wak, on the Somali side of the border. According to eyewitnesses who confirmed the incident to the Kenyan media, the militants ordered the passengers to split into groups based on their religious affiliation; their intention was to shoot all the passengers who were non-Muslims.

But the Muslims told the militants to kill them together or leave them alone. And after minutes of stalemate, the militants gave up and allowed them to continue their journey. However, two people were shot dead when they tried to run away from the militants.

In addition, the militants later confirmed to their sympathetic media in Somalia, that they carried out the ambush and that the Muslims saved the situation for the Christians.

Area Governor Ali Roba, was quoted by the Kenyan Daily Nation newspaper as saying, “The locals showed a sense of patriotism and belonging to each other.” Last year, the militants attacked a bus that was located a short distance away from this recent attack. They killed 28 non-Muslims travelling to Nairobi for the Christmas holidays.

In April this year, the militants killed some 148 people, mostly students, in an attack on a University in the town of Garissa, close to the Somali side of the border. The militants reportedly singled out Christians and shot them.

According to local observers, the majority of the local population in the northeastern part of Kenya, is made up of Kenyan Muslims of Somali descent. The area has been hit hard by the consequences of al-Shabab attacks. When the 28 non-Muslims were killed by the militants last year, it prompted the departure of more than 2,000 teachers, as well as many health workers who had come from other parts of the country to work.

Al-Shabab has been at war with Kenya ever since Kenyan forces entered Somalia in October 2011, in an effort to fight the militants. All the major attacks the militants have carried out on Kenyan soil since the Kenyan military invaded Somalia in 2011, have been listed below. June 2014 – At least 48 people died after al-Shabab attacked hotels and a police station in Mpeketoni, near the island resort of Lamu, a tourist attraction area. A bloody civil war has put Somalia in a state of turmoil since 1991. According to statistics, the civil war has claimed up to 500,000 lives, and almost entirely destabilized the Somali government. It has also created an environment for al-Qaeda affiliates, and other jihadist groups, to grow. In 2006, al-Shabab emerged in the country. It opposed the Somali Federal government, which controls the capital city, Mogadishu. The militants control vast territories of Somalia, despite the intervention of Kenyan forces and African Union troops.

The Kenyan intervention has infuriated the militants, and they carry out attacks in Kenya as and when they like.

This Article (Pure Unity: Muslims In Kenya Prevent Militants From Killing Christians In A Bus Ambush) is free and open source. You have permission to republish this article under a Creative Commons license with attribution to the author and AnonHQ.com