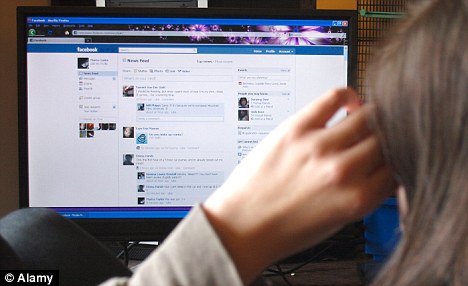 A Facebook user with a fake account messaged a young girl and asked her for private images of herself. The Facebook user has since been identified as Michael Lees, 39-years-old, of Walnut Street, and has been arrested. During questioning, Michael briefly explained the scam.

Micheal approached a girl on the social media platform Facebook, and asked her to provide nude images of herself for modeling purposes. Michael, who had been using a fake Facebook account, posed as a 12-year-old boy whose father owned a modeling business.

Micheal told the victim girl that if the girl could provide a couple of private photos of herself, they could both earn a substantial amount of money. He told the girl that they could make $50,000, but first he needed to see her photos, in a bikini and nude. During the conversation, the girl’s mother took snapshots of the messages and uploaded them to Facebook.

In response to this unusual reaction from the victim girl and from her parents, Michael proceeded to post that his account had been hacked by his brother. “This kind of stuff can ruin anyone’s life and it did put my family and friends in danger,” Michael posted on his Facebook page. In addition, Michael also went on to claim that somebody was trying to get him into trouble for no apparent reason.

An investigation into Michael’s activities further revealed that he had also been using other phone-messaging apps to try and get young girls to send him photos. According to reports, police also found 25 images related to child pornography in his apartment.

Lees was charged with 25 counts of possession of child pornography, two counts of sexual abuse by contacting or communicating with a minor and one count of criminal use of a communication facility.

In order to remain safe and avoid similar scams, Facebook users have been advised to be careful and ignore messages from strangers.

This Article (Facebook Scam: User Asked A Young Girl To Send Him Nude Photos ) is free and open source. You have permission to republish this article under a Creative Commons license with attribution to the author and AnonHQ.com.