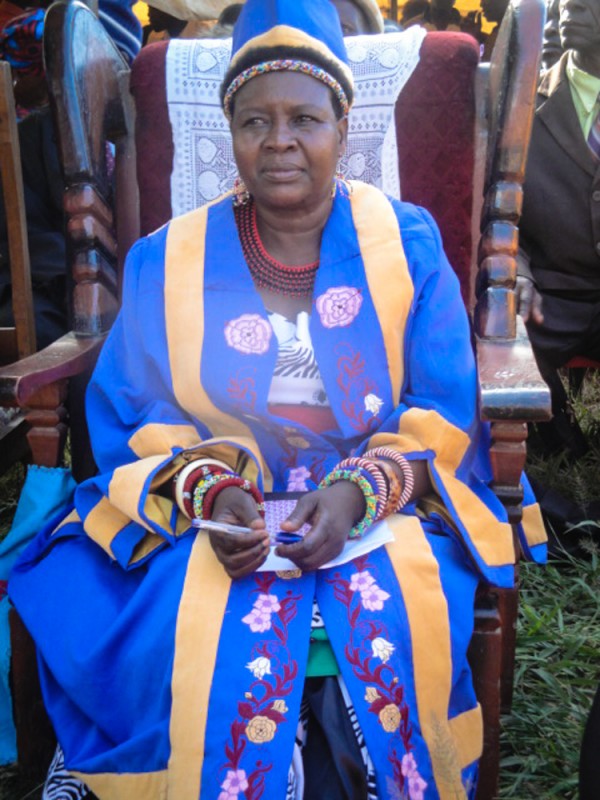 The Plaid Zebra has report that a queen mother of a village in southern Malawi has annulled some 330 marriages consisting of young girls who were forced by their parents to marry men triple their age.

Queen Mother Kachindamoto, of the Dedza District, is said to have reversed the marriages and also fired the village heads who presided over the ceremonies to wed the young girls to the men.

It is said some of the girls are young as below the age of ten and the queen mother’s initiative has been widely praised my human rights activists in the country. In the recent past, social commentators have said the major cause of these early marriages in the country has to do with economic incentive for parents raising their children in poverty. The system is in such a way that when one of their daughters is married, the economic burden of caring for her is passed on to her husband and the family’s economic status rises. In Malawi, three out of four people live below the poverty line.

In addition, the country has a very complex traditional practice leading to marriage. Last year, a girl exposed a secret cultural rite of passage that compels young girls to have sex with old men once they first experience menstruation. The practice was done secretly without the knowledge of many in the country. The girl said before this sexual intercourse between the just menstruated girl and a man takes place, the girl is held at a secret camp and series of initiations by an elderly woman are performed on her. Thereafter, the girl is told to go home and have sex with a man.

“You must cleanse yourself of your childhood dust, or you will become diseased. When you go back to your village, you should sleep with a man to cleanse your childhood thing,” an elderly woman who had performed such special initiation before on girls confessed to local media, confirming the story of the girl.

According to activists, this practice has led to the spread of HIV/AIDS in the country because the men the girls are encouraged to have sex with do not use protection. One in ten people in Malawi is HIV positive and the country has a high maternal mortality rate. Adolescent mothers are at much higher risk for potentially fatal medical complications such as ruptured birth canals. Seven percent of girls have given birth by age 15 while 65 percent have given birth by 20.

Kachindamoto was quoted as saying that she realized that child marriage prevents children from attaining higher education and become productive to the society. She said she has sent all 330 children back to school and will continue to use her powers to veto such moves aimed as enslaving these unfortunate girls. The Malawian government is also said to be making efforts to support Kachindamoto with laws that will completely prohibit child marriages across the Southern African country.

This Article (Queen Mother Saves 330 Children From Early Marriages In Malawi, They Can Now Go Back To School) is free and open source. You have permission to republish this article under a Creative Commons license with attribution to the author and AnonHQ.com.